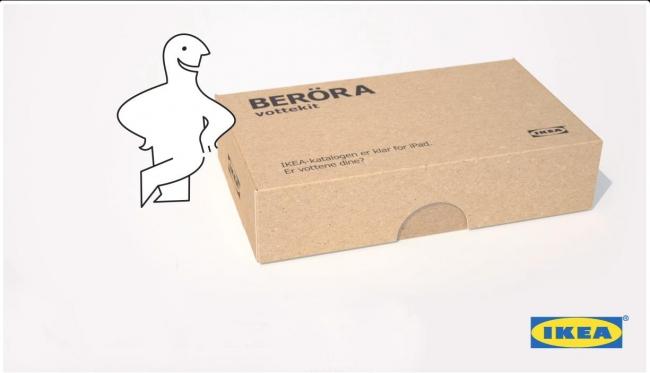 IKEA has solved many a young urban dweller's problems with its unique storage and furniture solutions -- turning small, cluttered living spaces into a minimalist's dream.

And now, it's solving other problems too -- such as the frustration you feel when you can't use your iPhone or iPad in the cold winter months because you're wearing gloves.

While launching IKEA's iPad catalog in Norway, agency SMFB had to outsmart the brutal Norwegian winter, when gloved hands couldn't swipe away at touch-screen devices.

To solve the problem in a uniquely IKEA-esque way, it created "Berora," (which means "to touch") a sewing kit containing a conductive thread that you can sew onto your gloves so you swipe away happily. The idea is brilliant because of its simplicity -- and how well it falls into line with IKEA sensibility.

Alexander Gjersoe, one of the SMFB creatives on the project, said the original media plan for the campaign was narrow, limited to iPad newspapers, and the budget was also quite small.

SMFB realized that most of the touch-screen gloves for sale are quite ugly, and sometimes overpriced. "So we thought a nice alternative would be to make gloves you already own and love [iPad] compatible," said Gjersoe.

The creatives investigated how to make impulses from your fingers work through cloth and leather, and found that a conductive thread can carry your fingers' electricity over to the screen to do the job.

It's certainly not common knowledge -- few people know that the solution to the hands-or-phone conundrum is so easy. In fact, Apple won a rather complicated patent for a "Magic" glove system last year. 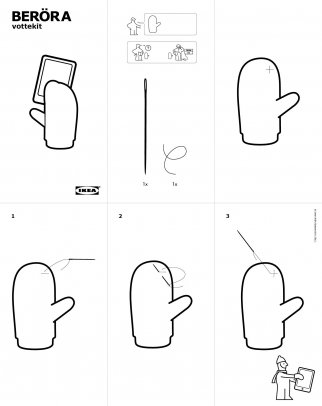 The Berora kit itself contains a bit of thread, a needle and some IKEA-style illustrated instructions. It was originally meant to be a giveaway in Norwegian IKEA stores, but later on, was made available on IKEA.com where people can order it for free. The campaign ran from the end of January until mid-February.

SMFB only made 12,000 Berora kits, which sold out in two weeks. "It was a surprise," said Gjersoe. "We saw the product more as an online-buzz campaign that would exist on blogs and social media."

Currently, Gjersoe and his team have no plans to patent or distribute the idea elsewhere, while the question of whether more kits will me made available is also up in the air. "The thought of Berora becoming a permanent product available to everyone would of course be a dream come true," he said, but there are no plans for this in the works.

And Gjersoe and SMFB aren't protective about their ingenious and simple project. If you want to make the gloves yourselves, "we'll be happy to put you in touch with a bunch of U.S. conductive-thread dealers," he said.