Ad Age Custom Content
What's this?
This content has been created by Ad Age Studio 30, a custom content studio.
Find out more
Best Places to Work

Amp spotlight: What agencies are doing to improve office culture

Community members share how they plan to create a thriving, creative work environment 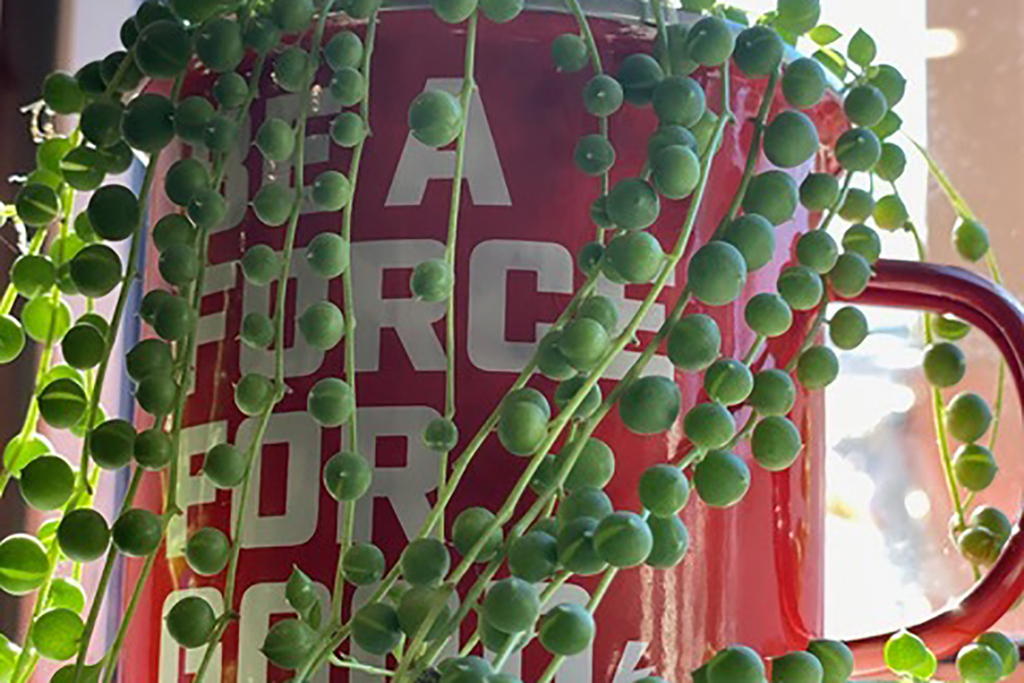 Office culture could be described as intangible—the feeling you get when you walk into a place, the way people interact with one another—but its impact on everything from employee satisfaction to work product is very tangible.

Work environment is a particularly tough thing to maintain or improve in the midst of accelerated growth—something Sandra van Heeswijk, global head of people and culture at Dept, and her team have had to manage over the past few years as the Amsterdam-based agency  grew to more than 1,500 employees in 13 countries.

“When it comes to creating that environment, it is essential that we listen,” she says. “By listening, we can align employee needs with the cultural values of leadership and management.”

Just in time for Ad Age's Best Places to Work 2020 issue—congratulations to Amp members Bakery, Carmichael Lynch, Critical Mass, FCB, Horizon Media, Night After Night and Via for making the list—members of the Amp community share what they did last year and what they will be doing in the year ahead to maintain, tweak or overhaul office culture in their unique corners of the ad world. 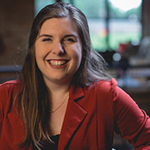 In 2019, we made a big commitment to team development by flying the full team out to Nashville for a storytelling conference. It was our first trip like that. We also allocated budget internally to what we're calling Surprise & Delight. Our film director, serving as interim head of culture, is using those funds to insert moments of joy into the workday, from in-office massages to close out a busy week to ice-cream sundaes to celebrate a junior employee killing with their first concept pitch.

In 2020, we are adding an Employee Resource Group conceived by employees who saw room for improvement, fully supported by our leadership. One of our first actions through the ERG is drafting and instating a diversity-and-inclusion pledge that pertains to every member of our team as well as sourcing unconscious-bias training for everyone in the company. Throughout the year, we will maintain a focus on improving diversity and inclusion as well as employee growth, training and professional development opportunities. We executed a baseline survey among the team in December 2019, which is serving as the guide for planning 2020 initiatives, and will survey again at six months and 12 months to ensure we're operating effectively and meeting the team's needs. 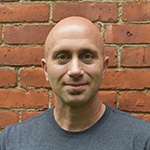 One of the things I am most proud of is how much our staff gave back to the community by using their paid volunteer time. In fact, in 2019 our staff more than doubled their volunteer time compared with 2018. In addition, our employees enjoy some great benefits, like a free season pass to a local resort of their choice, access to a private skate ramp in our warehouse and a dog-friendly office. Other perks are a VW camper van that staff can use on the weekends, and the office closes if it snows more than 12 inches so staff can get out to ski and snowboard.

We are rolling out several new programs for 2020 to help our staff further improve their work-life balance and provide more schedule flexibility. To save travel time and reduce stress at the airport, we are reimbursing TSA Precheck Membership and buying CLEAR memberships for staff that travel on business. We are also launching adjustable office hours and work-from-home Fridays. 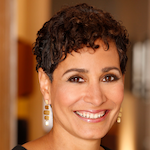 One of the most important ways to build a positive culture is to provide our staff with developmental opportunities, all in the spirit of FCB's Never Finished learning and growing ethos. We’ve designed a custom managerial development program, and we have broad based online-learning courses available to all of our employees through LinkedIn Learning, where our staff can determine what skills they want to develop. This is all in addition to workshops and specific trainings made available to our staff through their local offices.

We want to better support our employees’ mental health needs in 2020, so FCB is offering Talkspace, an online therapy service offered through one of our healthcare providers, where our employees can confidentially communicate with a therapist safely and securely from their mobile or laptop. Supporting our employees in this manner is an important part of our commitment to honoring all aspects of our their  lives.

Engine invested heavily in talent development and training to help our teams grow in 2019—what our employees told us they really want. Our Spark! learning and development program fosters a fun and enriching learning culture at the company. We provide opportunities that enhance workers’ knowledge and support their personal and professional development. Every month, Spark! offers employees engaging workshops, speaker events and e-learning content that’s accessible on LinkedIn. Recent workshops have included interview training for all hiring managers, change management and resilience, and compelling storytelling for business. We take these workshops on the road to open them up to all office locations and offer Zoom sessions for remote employees.

Engine considers diversity a core business strategy that drives agency culture, decision-making and growth. For example, to help our employees understand and correct unconscious gender bias, we invested in and built Auto-Respect, the first plug-in that automatically scans emails for commonly used exclusionary words and terms like “guys,” “manpower” and “man up,” and replaces them with options than are gender neutral. (“Hi guys” becomes “Hi everyone.”) Since decades of psychosocial programming helped create the problem, we thought we could build some real-life programming to repair it. We hope to spread the Auto-Respect by giving the plug-in to fellow agencies. As part of Engine’s ongoing effort to be mindful of diversity issues and to ensure that our agency’s makeup reflects the population as accurately as possible, we have donated money to The Marcus Graham Project and are looking into more ways we can participate with the organization in the near future. 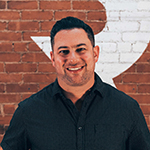 I'm really proud of the weekly sharing sessions that we hold at our Wednesday company meetings. We have a theme for each one, from people discussing their personal brand mantras, creating stories about random objects and presenting One Thing You May Not Know About Me. We get to discover a bit more about each other, show some of our vulnerability and showcase our creativity. This year, we’ll be sharing examples of "creative bravery" with each other to remind us how great work makes us feel. We're also focusing on participating in more experiences where we are creating something together outside our four walls. 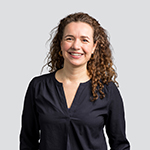 In 2019, we held focus groups across all business teams to gather insights into what Deptsters like about Dept's culture, and what they don't like. We made plans to improve engagement on a team, business team, national and global level. We also organized five Dept induction days to familiarize new employees with the company. And, to keep that small-company feeling, we organized what we call a Dept Festival and Weekender, an annual three-day event for which we fly all employees to the Netherlands and bring them all together. Finally, we launched AMA live video sessions with Dimi Albers, our CEO, to convey ongoing strategic projects and developments within Dept.

In 2020, we are going to define and implement “small enough to care” leadership imperatives, redefine specific cultural values and provide management development training. We will continue to listen to our colleagues by, among other things, surveying those with diverse backgrounds about their feeling of inclusion and belonging to see if they encounter problems and to define what these problems are. Globally, we are implementing  benefits such as flexible working hours and a work-from-home policy. 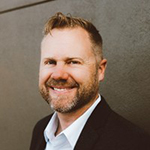 In 2019, I learned that you can lose your hard-earned office culture fast, and that you shouldn't hesitate to let go of people who can destroy that culture. One thing we did to get back to our roots was scaling down and moving into a new creative space. We stripped out an old building on Main Street in our town, left the rafters open and finished out an open collaborative and creative environment, which was much different than the closed office cubicle land we were in before. In 2020, we’ll continue to emphasize our culture through an artist poster series highlighting our company values—visuals to reinforce and influence on social media and in our offices. 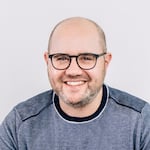 To best provide a creative and fresh perspective to our clients, we’ve made a concerted effort to help Day One staff cultivate relationships across teams and offices. In 2019, that meant creating an employee-led group to make sure we were connected from coast to coast. Belong at Day One gives employees a chance to support each other, network and explore other roles and contribute to the agency community. Belong at Day One also supports our diversity, equity and inclusion initiative as well as our talent development goals.

This is a big year for Day One expansion. In New York we're expanding to another floor to give staff more flexible space to foster creativity, inspiration and brainstorm sessions. In Los Angeles, the team is moving to a larger, new office in the cultural hub, ROW DTLA, which will include our own production studio to support the team’s award-winning creative work. 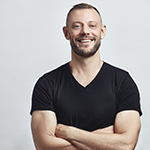 At the beginning of the year, a designer said, “I don’t feel creative in this space.” That's hard to hear. And frankly, it pissed me off, which prevented me from hearing what he was really telling me. It took almost the whole year for it to sink in, but what he was saying was that we needed a better office culture, one that provided motivation and let our talent flourish. What I’m most proud of in 2019 is recognizing the need to invest in these needs.

As an agency, our foundational belief was that the final product is the most important determinant of our culture. And while there’s truth to that, it overlooks how important office culture is. By that, I mean the physical space we inhabit, the emotional space we foster and the culture that comes out of that. It’s much more powerful than I had acknowledged. There was a literal awakening: I shot up in bed and said, "We have to move offices!" And that's exactly what we’re doing.

Step one: a new space. We’ve been in a WeWork space for three years. What I liked about WeWork was that it provided a community of startups, a turnkey solution with nice amenities, and easy access to office space and conference rooms while traveling. But what we learned was that it felt like a holding pen, not an actual office. So, we’ve been exploring new spaces and are targeting a February 2020 move-in date. The space will not only provide a better environment for employees but will also include a production facility and dedicated space for our social-listening practice, with live 24/7 culture monitoring. Step two: team-building calendar that includes agency get-togethers, such as group workouts, show-and-tell sessions and visits to cultural events in New York, where time is a finite resource. If anything, we learned that by investing more in our office culture, we get more out of ourselves. And that's the best investment we can make.