READ THIS NEXT
Amp spotlight: Where the money's going in 2020
Serena Williams in BMW's 2016 Super Bowl spot, which included many other stars as well.
Credit: BMW

While the use of celebrities appearing in Super Bowl commercials has exploded since Joe Namath and Farrah Fawcett teamed up in Super Bowl VII with their racy "get creamed" ad for Noxzema over 40 years ago, the most recent game set a new high. Of the 52 spots that appeared during the in-game national broadcast, over a third featured an on-camera celebrity of some kind, with eight different advertisers airing commercials containing two or more (led by BMW's Mini with six).

Two months into the regular NFL season, it's time for Super Bowl LI (51) advertisers to get busy. Think you have plenty of time to develop and validate your commercial idea, land a celebrity and produce your spot before Sunday, February 5, 2017? Think again.

Bigger celebs will want input into your creative and the commercial director hired to film it. Their availability is often limited in both time and location by personal and professional commitments booked weeks, if not months, in advance. You'll also likely have to navigate your way through an entourage of talent representatives, including agents, managers, lawyers and publicists, who frequently have differing demands and response times.

When it comes to talent negotiations, the old adage "time is money" most certainly applies. Starting celebrity negotiations early gives you maximum leverage to get what you want, at the best possible value per dollar spent. And if you're unable to close a deal, an early start gives you the time to reset and start again with someone new. Pity the Super Bowl advertiser who waits until late in the NFL season to begin this process and ends up grossly overpaying for someone far from ideal, simply because the clock has run out. Unfortunately, that happens far too often.

Obviously, the celebrity selection process should begin with identifying the "right" person for your brand, your commercial message and your overall content strategy. While you desire someone who your target consumer recognizes and likes, and who fits naturally with your brand, their relevancy to the story you will be telling is paramount. Using Ryan Reynolds in Hyundai's "Ryanville" spot hit the bullseye in this year's Super Bowl, but using the 70-year-old, English actress Helen Mirren to deliver Budweiser's "don't drink and drive" message was a bit of a head-scratcher.

Here are a few other important considerations when selecting a celebrity for a Super Bowl spot:

Topicality. How current and top-of-mind will the celebrity be leading into the Super Bowl broadcast? Will they be all over the media promoting their next big, anticipated project, or will they struggle just to get a mention in celebrity gossip weeklies? While T-Mobile scored big topicality points in Super Bowl 50 with their commercial featuring Steve Harvey and a takeoff on his Miss Universe flub -- which occurred just weeks earlier -- the Skittles spot with aging rocker Steven Tyler and his 1973 hit "Dream On" could have aired 40 years ago.

Content friendly. Does the celebrity only want to appear in the Super Bowl spot, or will they agree to appearing in long-form video, teasers, B-roll and other forms of second-screen content so critical to creating pre- and post-game buzz with consumers? The entire celebrity cast appearing in Mini's "Defy Labels" commercial (Serena Williams, Abby Wambach, T-Pain, Randy Johnson, Tony Hawk and Harvey Keitel) all filmed long-form interviews sharing their perspectives on being labeled. These spots appeared on a MiniUSA.com microsite and other digital outlets before and after the big game, and generated millions of views.

Social media engagement. Will the celebrity engage with their social media fans and followers to promote your brand and your commercial before, during and after the game? While hip hop artist Lil Wayne played a supporting role behind Jeff Goldblum in the Apartments.com "Moving Day" commercial in the last Super Bowl, he was a leading man in social media, where he shared and commented on the commercial with his more than 78 million Facebook fans and Twitter followers.

While we are still months away from the end of the regular NFL season, Super Bowl Sunday will be here before we know it. If you're buying time in the game and think you might want a celebrity in your commercial, you'd be wise to start your planning now -- if you haven't already. Otherwise, you might just "get creamed." 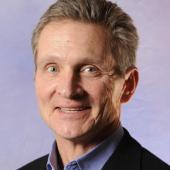 What marketers can learn from Theranos and the Fyre Festival

The P's and Q's of Selling Great Work

Best Practices: How to Capture Better ROI from Events