Smartphone Maker Aims to Differentiate Itself in B-to-B Space
READ THIS NEXT
BtoB Marketers: Are You Mobile Yet?

Mr. Wilson, who was previously CMO at telecommunications company Avaya and before that led marketing at Sybase, oversees all marketing at BlackBerry.

In the following recent interview, Mr. Wilson discusses the challenges he faces in the competitive smartphone space and how he's using new tactics to differentiate the BlackBerry brand in the b-to-b market.

Advertising Age: What are your top marketing objectives for BlackBerry? 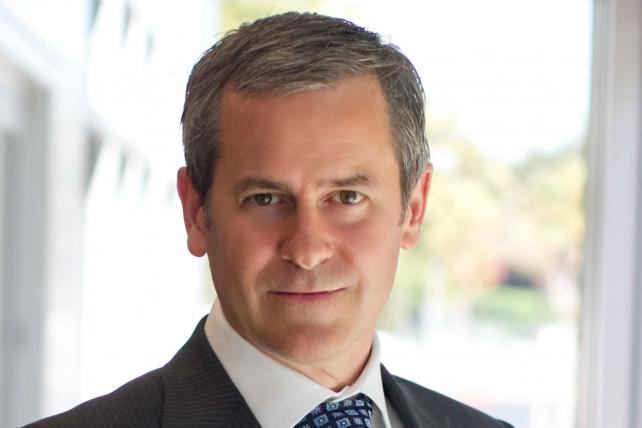 Mr. Wilson: The No. 1 objective is making BlackBerry synonymous with work, and that means professional mobility, enterprise mobility and really everything we do in terms of brand, defining our value proposition, defining our go-to-market tactics and ecosystem support. For people who are choosing a device or mobile platform to help them be productive and efficient -- while at the same time protecting their security and privacy -- we want them to choose Blackberry.

Advertising Age: How are you differentiating the Blackberry brand in the highly competitive smartphone space?

Mr. Wilson: When we look at the smartphone market, we call it the 'sea of sameness.' We differentiate in two ways. One is, we are absolutely focused on delighting professionals and giving them the best experience in terms of being highly productive in a secure way. At the same time, we drive a lot of innovation in terms of the design of the devices. They don't have to necessarily all look the same.

A second point of differentiation is around security. As these devices have gotten more powerful, and people are more aware of others being able to get access into those devices, we see that security and privacy are increasingly important.

One of the things we're doing is taking BBM -- our mobile messaging platform -- into the enterprise. In the last few weeks, we launched BBM Protect, which allows you to have secure messaging on your device, which is something that enterprises really want.

Advertising Age: You just introduced a new fact-checking site to correct misinformation about smartphones. What drove this?

Mr. Wilson: We found that certain competitors across all of our businesses, including software and services, were making claims that were just absolutely inaccurate. And we saw that sometimes the media were picking up on that. We really wanted to set the record straight. We call it 'Fighting FUD (fear, uncertainty and doubt) with facts.' We'll take documents that our competitors create and -- with a red marker -- will mark them up to show that what they're saying is clearly untrue. Overall, we've gotten a lot of positive feedback about it.

Advertising Age: Are you launching any new ad campaigns?

Wilson: We recently rolled out our "Endorsers" campaign. We have several endorsers, such as Arianna Huffington, who are just avid users -- she has four BlackBerry devices. So instead of having paid endorsers that you see from several brands, we're just using people who are die-hard fans. So we're doing more of that. We feel that it's very organic and very true to the brand.

Advertising Age: How are you using social media to connect with business customers?

Mr. Wilson: We have invested in brand journalism to really drive a thought leadership program through social media. We've hired people with journalistic backgrounds and have seen a significant uptick in the number of people who are reading our blogs, citing our blogs in news articles and virally distributing them.