Drivers Will Get Messages Based on Speed
READ THIS NEXT
BtoB Marketers: Are You Mobile Yet?

Cisco has placed an Internet-connected billboard on Rt. 101 near San Francisco International airport that will deliver specific messaging based on a driver's speed in order to highlight what it calls "the Internet of everything." 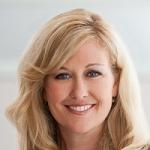 Cisco and its agency, Goodby Silverstein & Partners, have been working for nearly a year on the idea and it could have bigger implications for outdoor advertisers looking to deliver more customized messages. For now, the company primarily wants to show off some of its technology in time for Cisco Live -- its largest b-to-b event of the year, which begins May 18 in San Francisco. It is expected to attract nearly 30,000 attendees and 10 times that amount virtually.

The Cisco Live event doesn't happen until next week, but a static billboard was placed on the highway on Monday May 5. It will go "live" today.

Cisco and Goodby designed the billboard so that a message is delivered to the board based on how fast a driver is going. They set four speed ranges with four different messages. For example, if a driver is moving under 22 miles per hour (which is highly likely in the area) they will see a message stating "The Internet of Everything is changing this billboard based on your speed. So you see only what you have time to read. Sorry about the slow going." At the bottom of each billboard is the Cisco logo and tagline "Tomorrow starts here." The faster the speed, the shorter the message.

"From a marketing perspective, it's not just about telling our story, but doing it in a way that shows what we're talking about," said Cisco's CMO Blair Christie. "This is how the connected billboard idea came about; we're showcasing what connecting the unconnected could mean and telling our story at the same time."

She explained that the billboard uses a series of APIs that "talks" to real-time traffic sensors and also uses maps and a back-end network.

"Yes, we're trying to get traffic to our [Cisco Live] event, but we also want to create thought-leader awareness and showcase what the next wave of the Internet can mean to advertising," added Ms. Christie.

The project started when Cisco began looking for ways to promote its annual event, which is happening around its 25th anniversary. But Goodby creative director Justin Moore said he realized the task was more than simply promoting an event.

"We knew we wanted it to be more showing instead of telling," said Mr. Moore. "It had to be more intelligent and about making billboards smart and showing that as soon as you connect things, it is as smart as the things it's connected to. ... The c-suite has changed and innovation is a key component. We're showing how everything is powered by data, how one thing causes the next." 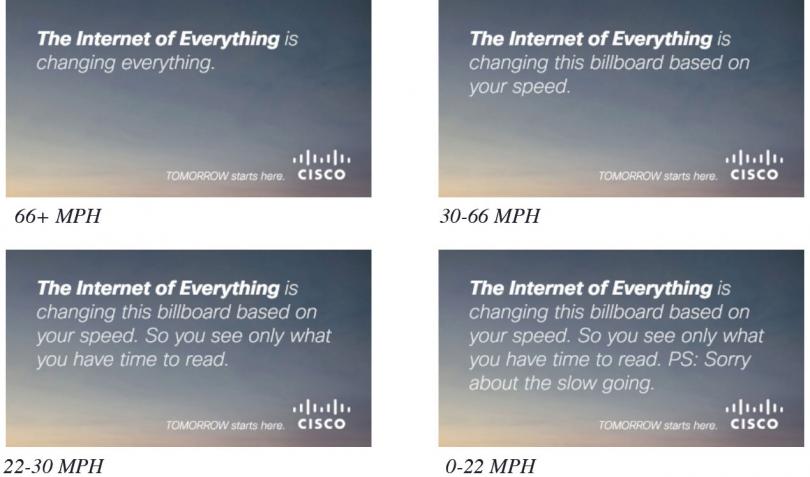 Cisco may expand the effort to other areas. For now, those in and around San Francisco will see "other connected outdoor experiences" powered by Cisco and its partners, said Mr. Moore. Cisco and Goodby declined to give further details.

Seth Fineberg
View all articles by this author