Deluxe Rolls Out 'Small Business Revolution' for Its Centennial

Campaign Uses Storytelling, 'Shark Tank' Star to Recognize 100 Small Businesses Across America
READ THIS NEXT
BtoB Marketers: Are You Mobile Yet? 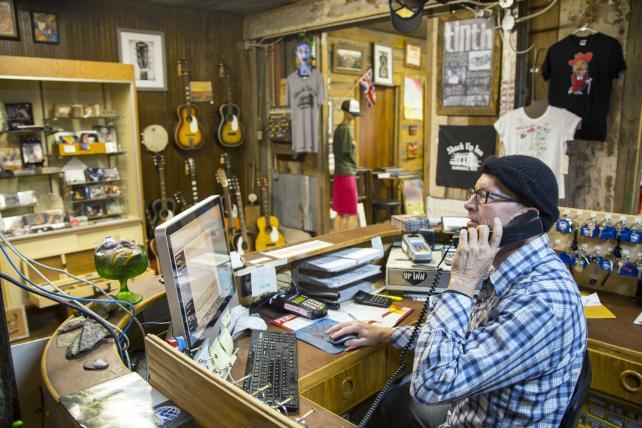 Shack Up Inn in Mississippi, featured in campaign.
Credit:

Deluxe, which got its start providing printed checks -- a business that still accounts for more than half of its revenue -- has expanded its offerings to include payment processing, website hosting, fraud protection and marketing services for small businesses.

"As we were looking for the best way to celebrate our centennial, we felt it would be purposeful to celebrate the businesses we serve," said Amanda Brinkman, chief brand and communications officer at Deluxe, which had revenue of $1.7 billion last year and serves over 4.6 million small-business customers.

"We are telling 100 stories of small businesses across the U.S., with 12 mini-documentaries and 88 photo essays," Ms. Brinkman said. "We picked out the best, most unique stories that celebrate the entrepreneurial spirit that small businesses have."

Deluxe also partnered with Robert Herjavec, the star of ABC's "Shark Tank" show that pits entrepreneurs against each other, to lend his expertise to the documentary series and help promote it during Small Business Week May 4 to 8.

The businesses, ranging from an old-fashioned barbershop in Chicago to a Texas ranch that provides equine therapy for kids, were selected based on nominations and word-of-mouth references, and they did not have to be Deluxe customers to qualify.

Rather than work with a traditional ad agency, Deluxe turned to Flow Nonfiction, a production company based in Austin, Tex., that has made award-winning documentaries including "Wounded," a series that ran on MSNBC about the Wounded Warrior Project, and "The Journey Home," a documentary for PetSmart Charities.

The campaign also features photo essays on the microsite SmallBusinessRevolution.org.

"It was really important to work with authentic storytellers who know how to use visual storytelling," Ms. Brinkman said.

Deluxe will run a "trailer ad" of the documentary series on ABC on programs including "Good Morning America" and on local ABC affiliate stations, and it will run pre-roll video ads on ABC.com. The campaign also includes print ads in publications including Entrepreneur, Inc. and Fortune. The campaign budget was undisclosed.