Contest Called for Digital Videos on Urban Improvement From Around the Globe
READ THIS NEXT
BtoB Marketers: Are You Mobile Yet?
Advertising Age Player

In the latest phase of its "People for Smarter Cities" marketing push, IBM crowdsourced digital videos from around the world showcasing how residents would improve their cities.

The first phase, known as "Smart Ideas for Smarter Cities," ran last year and featured IBM-branded structures such as benches, rain shelters and ramps that improved or enhanced some aspect of urban life. The Ogilvy France-created effort won a Grand Prix at Cannes.

The new push was done through a partnership with Zooppa, which has over 200,000 members, including filmmakers, bloggers and environmental communities. Out of nearly 80 accepted entries, eight winners from around the world were selected, with four coming from North America. Other winners came from Ireland, Asia and Israel. The videos covered a range of topics from repurposing empty spaces and aiding the physically challenged to spurring employment.

Awards ranged from $500 to $10,000. The top prize went to the makers of a video entitled "Granby Park" from Dublin, which showcases how a group made better use of an empty public space.

The videos will be available on the branded People For Smarter Cities site, as well as YouTube and IBM social-media sites beginning Wednesday.

"These videos showed us what people really care about: transportation, biking, unused buildings that should have better use," said Jacelyn Swenson, Manager, IBM Brand System. "Through these stories city leaders can see trends and try to get ahead of the challenges they face in their city."

Ogilvy France was once again part of the effort. The process began late last summer when a notice about the video contest went out via Zooppa, which culled the submissions, according to Susan Westre, Executive Creative Director, Ogilvy & Mather, Paris. 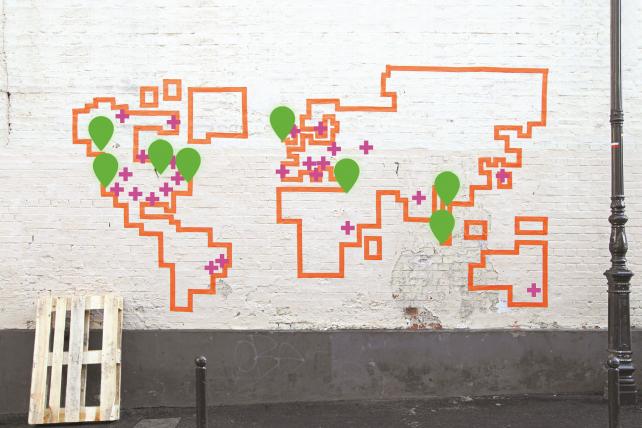 "We are really excited about relationship with Zooppa and the response we got for IBM," said Ms. Westre. "Though the specific contest is over, we wanted to showcase the winning videos on the People for Smarter Cities site so we can encourage others to contribute ideas as well."

~ ~ ~
CORRECTION: An earlier version of this story incorrectly stated that some contest winners came from the U.K. and Kazakhstan. Granby Park was also misspelled.

Seth Fineberg
View all articles by this author