How should marketers target their most profitable accounts? | Ad Age
Skip to main content
Sign In Register

How should marketers target their most profitable accounts?

Ever play marbles? Even if you haven’t, you won’t be surprised to learn there are cheap marbles and expensive ones. For example, you can buy a swirl for about 25 cents while an agate might cost $5.00. So you wouldn’t want to pay $500 for 100 marbles if there was a chance the jar contained some swirls.

And yet, many e-mail marketers run their campaigns as though they are playing marbles without knowing the difference between a swirl and an agate.

Heretofore, little attention has been paid to identifying, marketing and selling to strategic accounts. There are several reasons for this: high turnover; lack of systems and processes; the wrong organizational structure; lack of focus, accountability and predictability; and the simple failure to make it happen.

The result? The largest, most profitable accounts are being targeted like small, low-profit accounts. A case in point: A new PointClear client that for more than a year focused exclusively on e-mail marketing to high-level prospects found that this one-pronged strategy drove responses from lower-level decision-makers, and deal sizes were one-third of the size they were with a more integrated approach.

The evolution in 2011 will sound familiar, but it will be driven more by necessity than intellect. Customers and prospects should be divided into simple groups: those being provided relatively little service until they can be replaced with bigger, better and higher-margin clients; those needing selective investment; maintenance accounts; and those worth the investment to grow. Will strategic accounts—the biggest deals—depend entirely on e-mail for success? Heck no! They require an integrated approach—a multitouch, multimedia, multicycle approach to multiply results. 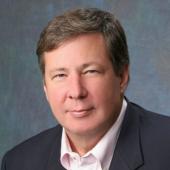 Dan McDade
Dan McDade is president and CEO of PointClear, a prospect development firm.
View all articles by this author