Marketo Sets Its Sights On B2C

As B2C Tactics Get Closer to B2B, Marketo Wants a Piece of the Action
READ THIS NEXT
BtoB Marketers: Are You Mobile Yet?

Marketing automation software company Marketo is making a major push into the b-to-c space, spying an opportunity to tap into consumer marketers' desire to stay engaged with customers.

Long essential to b-to-b marketers, marketing automation platforms such as Marketo, Eloqua and Silverpop are used to monitor performance of marketing campaigns and "score" leads, helping companies prioritize prospects based on their engagement. 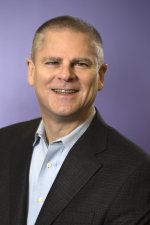 But in a recent interview with Ad Age, Marketo CEO Phil Fernandez said b-to-c customers could make up 60% of his firm's business by 2016.

"Twelve percent of our bookings in Q4 were actually b-to-c," said Mr. Fernandez, up from zero a few quarters earlier. "We see this complete crossover starting to happen between the techniques and systems that grew up in the b-to-b world now being applied into consumer marketing applications."

Marketo is being used by companies marketing everything from salad dressing to cars. It's gaining traction among consumer marketers, Mr. Fernandez said, because they want to segment and tailor their messaging based on consumer profiles.

"There's no attempt to make a sale, but the same kind of content, engagement, and follow up and personal communication tools provide the ability to really build brand loyalty or repeat purchase or advocacy -- we're seeing a lot of that," Mr. Fernandez said. And while much of the outreach through Marketo is via email, Mr. Fernandez said the company is seeing marketers use in-app messaging as well.

The digital marketing space is seeing major consolidation as companies such as IBM, Oracle, Adobe and Salesforce.com try to build suites of tools for CMOs. Earlier this week Oracle acquired BlueKai, a data management platform typically used for b-to-c marketing, which Oracle said would be integrated with its marketing automation platform, Eloqua.

Marketo, which is public and has a market capitalization of about $1.6 billion, is viewed as a hot acquisition target. Its growth in b-to-c could certainly make it more attractive to suitors. Mr. Fernandez said the company will easily hit its goal of generating 20% of its business from b-to-c by the end of 2014.

In a visit to New York this week, Mr. Fernandez met with executives from a demand side platform (DSP) company. He said an integration with a DSP -- which are used to buy digital advertising through the automated ad exchanges -- will likely occur this year.

Mr. Fernandez said the b-to-b applications of Marketo were something of a petri dish and that the platform is "ready for prime time."