Best Practices: How to Succeed With Account-Based Marketing in B-to-B | Ad Age
Skip to main content

Best Practices: How to Succeed With Account-Based Marketing in B-to-B

When Marketing to Key Accounts, Making Content Personal Is Critical
READ THIS NEXT
BtoB Marketers: Are You Mobile Yet? 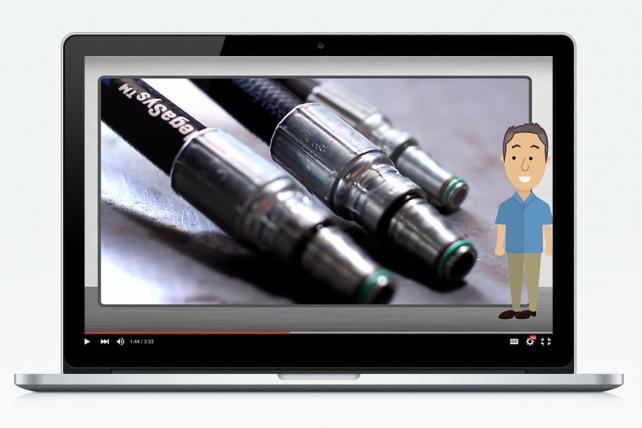 Gates Corp. created a video showing a custom solution for a prospect using a personalized avatar.

Some marketers, like industrial manufacturer Gates Corp., have developed marketing campaigns to reach just one high-level account. Other b-to-b marketers, such as JDA Software, have created integrated campaigns personalized to a few key accounts that have similar needs and characteristics or buyer personas.

Whether marketing to one account or several key accounts, knowing prospects intimately and developing personalized content to meet their needs is critical, say b-to-b marketers.

Marketing to one
To make inroads with a large original equipment manufacturer that had been on its list of target accounts for years, Gates Corp. worked with digital agency 90octane to create a personalized campaign aimed at one highly influential decision-maker, which it nicknamed VITO (very important top officer).

"This is a prospect we have talked to and talked about for years," said Mike Haen, VP-marketing at Gates, which makes power transmission belts and hydraulic power systems for automotive, oil and gas and industrial manufacturing.

"We wanted to change their point of view and perspective, and change the tone to break through the noise," he said, declining to name the prospect. "This is not the type of sale you walk into with a clever marketing campaign and they immediately transition to your business. You are going up against the status quo."

After doing much research, 90octane uncovered the VITO's primary goal: to create 47 new products by the end of 2016. The agency then developed a campaign called "Under the Hood," which showed how Gates engineers could literally open up the prospect's equipment and design products and solutions to help solve the prospect's specific needs.

A package -- including a video with a custom avatar showing how Gates could provide solutions -- was hand-delivered to the VITO's desk, followed up by phone calls, emails and LinkedIn requests. The campaign resulted in a conversation with the prospect, which was the first goal.

"The ultimate goal is to win the business," Mr. Haen said. "We may not win in the next month, but six months from now, they might have an application issue, and they may realize that their current partner may not have what they need. This gives us an opportunity to show them how we can add value."

He also noted that even if this sale doesn't close, the marketing-to-one program is a pilot that will be rolled out to other accounts.

1. Alignment of sales and marketing. "This could not have been successful if we had not been completely aligned at the very beginning," said Libby Olson, digital alchemist at Gates.

2. Heavy research into the prospect's pain points. "We did a lot of heavy lifting in terms of research -- the way we triangulated the business need to the problem the prospect had, as well as their emotional triggers." said Jim Grinney, partner at 90octane.

3. Consistent storytelling. "We did a soup-to-nuts execution of one story line," said Kelly Snyder, managing director of 90octane. "Everyone had the same story line, and everyone was on the same page. That was very important for the prospect."

Marketing to a few
JDA Software, a supply-chain management software company, has developed one-to-one marketing programs in the past, but it realized it would be more cost-effective to create one-to-few campaigns, in which it targets groups of accounts with similar personas. 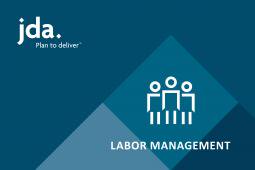 JDA targeted a campaign to key prospects with a specialized offer for a labor management solution.

"Using analytics and modeling, we were able to come up with a set of analytics, based on what companies have done in the past, to market to subsegments of accounts," said Kevin Iaquinto, exec VP-CMO at JDA Software. "We are able to send out one message that is customized, but meets the personas of 20 to 30 accounts, which takes account-based marketing from one-to-one to one-to-few."

Working in-house with proprietary analytics systems, JDA analyzed the buying behaviors of more than 100 key accounts, then worked with its sales team to create specialized offers with personalized content to reach subsegments of accounts.

In the first phase of the program, called "Proof Positive," JDA sent out emails to prospects with a link to a landing page that had a special offer, case studies, infographics and other specialized content. Once the prospect engaged with the content, sales and marketing created personalized follow-up communications with specific solutions, customized to each account.

Since launching on July 1, "Proof Positive" has generated more than $5 million in sales opportunities for the pipeline, Mr. Iaquinto said.

1. Give prospects a hard offer. "One of the things that made it successful is -- once we did the segmentation -- not just leading with a content offer, like downloading a white paper, but coming up with a hard offer," said Glenn Cross, VP-demand generation at JDA Software. "For example, we offered prospects a risk assessment if they used the product for six weeks. Once they used it for six weeks and were able to show ROI, it's a natural extension to go enterprise-wide."

2. Integrate with sales. "It is most successful when integrated with a sales campaign," Mr. Cross added. "We started with a strategy session with our industry, product, sales and marketing leadership, then matched up the sales offer to a campaign."

1. Start with the right list. "You need to know the decision-makers, the influencers and how to contact them within a company," Mr. Kohnen said. "We've seen account-based marketing programs fail when the lists are bad."

2. Understand relationships. "You have to understand the relationships between the people you are targeting, whether it's the CMO and the CIO or sales and marketing, to tailor the communications," he said. "If you don't, it might backfire. You may not know where the budgets lie."