The Need for Speed: How to Accelerate Marketing Campaigns with Social Networking | Ad Age
Skip to main content

The Need for Speed: How to Accelerate Marketing Campaigns with Social Networking

Everyone's marketing mantra today is social—social media, social networking, social business….what does it really mean? And how do you actually do it?

Here's an example from an SAP team that successfully activated a "connected" social campaign for an online event that increased registrations nearly 9X over the baseline. Seventy five percent  of the results came in the last four days of a heavy social swarm.

The event was a webisode named "Empowering the Modern Marketer". The target audience was the marketing line of business in organizations—from CMOs to marketing analysts—who capitalize on big data insights to serve customers and elevate marketing's role from tactical to strategic.

What ingredients led to this "networked" success?

What are the three lessons I'd share based on this experience?

Watch a replay of "Empowering the Modern Marketer", the subject of this blog, here. 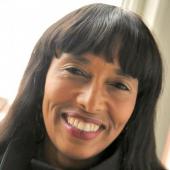