C-Suite Execs Don't Know Where Their Competition is Coming From

IBM Study: Thanks To 'Uberization,' Rivals Are Now Everywhere
READ THIS NEXT
BtoB Marketers: Are You Mobile Yet?

As technology gives businesses more ways to provide services to customers in unique ways, C-suite executives are worried about competitors coming from outside their industries -- a phenomenon known as "Uberization," according to a study released today by IBM.

The study, "Redefining Boundaries: Insights from the Global C-Suite Study," was based on face-to-face and online interviews with more than 5,200 global business executives, conducted by IBM's Institute for Business Value. 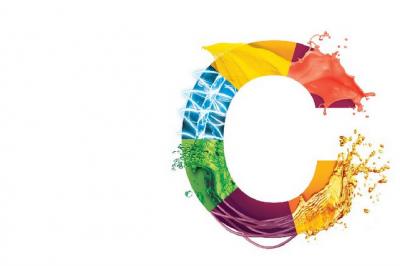 According to the study, 54% of C-suite executives (including CEOs, chief marketing officers, chief information officers, chief financial officers and other titles) said competition today is coming from outside of their industries, up from 43% in 2013, when IBM conducted a similar study.

"The folks we spoke to don't always know where the competition is coming from, which was one of the most unsettling or eye-opening issues," said Linda Ban, Global C-Suite Study program director at IBM's Institute for Business Value, which provides thought-leadership content for IBM and its customers.

She pointed to the banking and financial services industry as an example.

"If someone has a great app and some business knowledge, they can come in and take a surgical intrusion into your organization -- how to apply for a business loan or how to balance a checkbook, or how to get your FICO score – and all of a sudden, your business is being cannibalized."

One outcome of "Uberization" is that customer expectations are being set by companies that compete in different industries, Ms. Ban said. For example, the CMO of an insurance company who participated in the study said expectations on how an organization needs to service its customers are being set by companies such as Apple and Amazon, which provide immediacy of response and thorough customer information.

To help companies compete in this new environment, IBM gives businesses some recommendations in the study:

1. Be prepared for "digital invaders." "You really need to look around and anticipate where the next big thing or competitor is coming from," Ms. Ban said. "It may be a competitor that today is a partner or a customer."

2. Implement customer feedback -- don't just ask for it. The study found that 66% of C-suite leaders expect to focus on customers as individuals rather than customer segments, up from 54% in 2013. Also, 81% of C-suite executives said they expect more digital interaction with customers by 2020, up from 68% in 2013.

3. Take advantage of new technologies. When asked which technologies would be most important to their businesses in the near term, C-suite leaders cited cloud computing and services (63%); mobile solutions (61%); the internet of things (57%); and cognitive computing (37%).