93-Year-Old Office Products Company Rolls Out 'Beyond Essentials'
READ THIS NEXT
BtoB Marketers: Are You Mobile Yet? 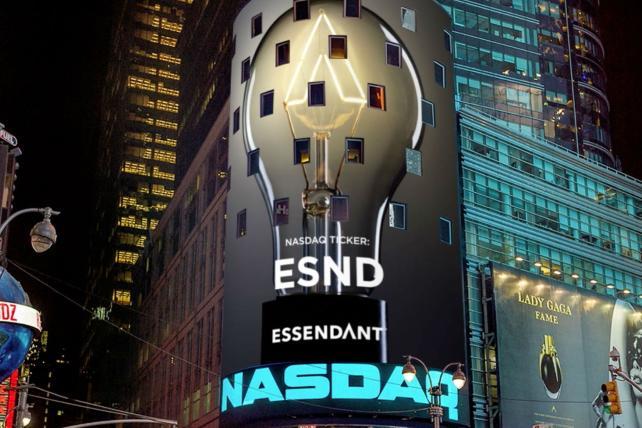 United Stationers, a 93-year-old office-product company, is rebranding as Essendant, which combines "essentials" and "ascending" to reflect a unified brand.

The rebranding effort officially kicks off Monday, with executives from Essendant ringing the opening bell of NASDAQ, and an integrated campaign called "Beyond Essentials," created by Gyro Chicago. The campaign includes print, online, website, out-of-home, direct mail and social media. The budget was undisclosed.

"There are two main elements driving the need to rebrand," said Diane Hund, VP-marketing at Essendant. "First, our core brand name at one time really captured the essence of what we did -- a provider of stationers' materials. We even had an envelope as part of our logo at one time."

However, she said, "That core name doesn't really capture what we do today."

Ms. Hund noted that over the past several years, United Stationers has acquired companies and diversified its portfolio to include office furniture, tech products, business software, janitorial products and automotive products. "Today, traditional stationers' supplies are closer to 60% of our business, as opposed to 100% [when the company first got started]," Ms. Hund said.

"Now we go to market under a whole portfolio of brands," she said, pointing to brands including Azerty computer products; ORS Nasco welding equipment; and Medco automotive supplies. "We wanted to bring all the brands under one umbrella and ultimately make it easier for our customers to do business with us."

In coming up with a new name for the company, United Stationers first looked at its existing brand names and realized, "None of the brands really capture the essence of what we do. We didn't want the company to be defined by an existing product," Ms. Hund said. "We are an essential component of what companies do, so we wanted 'essentials' to be part of the name. We also wanted to focus on the fact that we are a growth-oriented company, so 'ascending' became the second vital component."

United Stationers worked with its agency partner Gyro on creating an image of a pinnacle in both the logo and in the ad campaign.

"In the logo, the 'A' is in the shape of a pinnacle -- it's a mark to show upward movement, to represent 'ascending,'" said Doug Kamp, executive creative director at Gyro Chicago. "The pinnacle became one of the key graphic elements in the work itself."

Print ads are running in publications including OPI (Office Products International), Sanitary Maintenance and Internet Retailer. Online ads are running on OPI.net and other sites. The campaign also includes a seven-story digital billboard and marquee at NASDAQ headquarters in Times Square.