Want to Engage Prospects? Here's How
READ THIS NEXT
BtoB Marketers: Are You Mobile Yet?

Twitter is stepping up its offerings to b-to-b marketers in a big way. 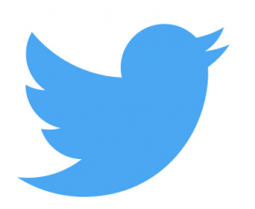 In a blog post Tuesday, the company announced it would finally allow advertisers to target Twitter users based on email addresses. The new functionality, long coveted, will let b-to-b marketers target prospects outside of the realm of email and phone calls.

But to succeed on Twitter lead generators need to understand how prospects behave on the site. Here are six tips for generating leads on Twitter:

Jason Stein, founder and president of social media agency Laundry Service, said the key is to understand the type of content your prospects are interested in and then to offer it up in exchange for their contact information. "You're not just saying, 'Give us your email.' You're saying, 'Give us your email and in exchange you're going to get a webinar with one of the thought leaders in the space and you're going to learn something,'" said Mr. Stein.

"As with any lead campaign, the greater the number of steps that the user has to take, the lower the conversion rate," said Ameet Ranadive, Twitter's director of ad products. To skip a step, Twitter has created a lead gen card, which essentially creates a landing page within a tweet. Using the card, a marketer can ask prospects for their email address. But Mr. Stein warned against using the lead gen card before a community is built. "You can't just start at the 'please buy,'" he said. "You have to date for a little while."

A corporate Twitter account can pack a punch, but lead generation often requires a personal touch. "We encourage every b-to-b company's marketing and sales team to be very active on social," said Mr. Stein. "They should use it to get to know their buyers and interact with them, and do it in a way that's much more of a soft sell." These teams can get to know prospects on Twitter, figure out what they're interested in, and tailor outreach based on that interaction.

Are you enjoying #SourceCon? Don't miss out the chance to get in touch with @kelseyjsampson and Mike Johnson to learn more about @Avature

Nearly all industry events now have official hashtags used by attendees to share insights and panel quotes. B-to-b marketers can use these hashtags, in either a paid or organic fashion, to try to set up meetings with prospects during the event. Last week, Twitter highlighted how Avature, an HR software company, used an event hashtag to let attendees know it was present there. In its tweets, Avature mentioned the two employees it sent to the conference, and encouraged attentees to seek them out. Avature marketing director Maria Lorenzo Brisco noted in a case study published on Twitter's website that the company saw a 30% increase in booth traffic from the previous year, crediting promoted tweets as a main factors.

Twitter offers two options for marketers looking to pay to build their following. The first is a simple promoted account that appears on the side of the page. The second is an in-stream promoted tweet that has a "follow" button appended to it. Mr. Stein has run campaigns for b-to-b clients using the in-stream tweet and seen success with it. "If your tweet is funny or interesting, or in any way relevant, you can significantly increase your followers. It's performed for us way better than pure promoted accounts," he said. If you go this route it's again important to speak the platform's language. Don't scream, "FOLLOW US," Mr. Stein said. "It just needs to be a good, interesting tweet and if they want to follow they'll follow," he said.

Last month, Twitter gave advertisers the ability to track conversions generated from promoted tweets. This functionality can help b-to-b marketers optimize their spend -- and their messaging. By testing a number of different messages, b-to-b marketers can hone in on receptive prospects and direct spend accordingly.