Why Negative Ads Against Donald Trump Haven't Worked So Far

$1 Million in Attack Ads Don't Seem to Hurt Trump in Iowa
READ THIS NEXT
Presidential campaign update: Brace yourself for a $300 million fall TV and radio ad blitz 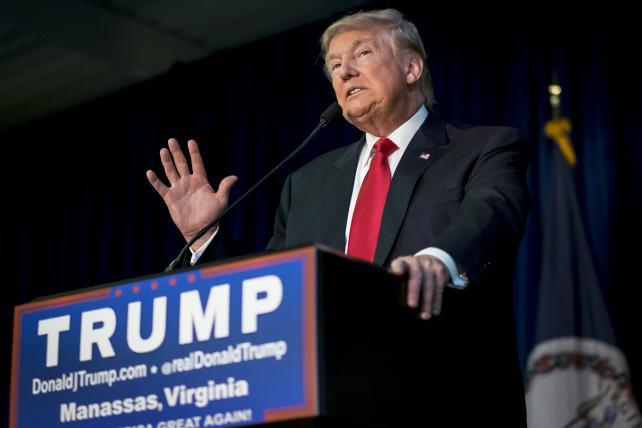 While waiting for Mr. Trump to arrive for a rally in Davenport, Iowa, on Saturday, voters who say they are still weighing their options said they would either not be swayed or be more likely to support the real estate mogul if they were to see negative ads on their televisions bashing the GOP front-runner.

"If anything, I think it'll stir up Trump's base more and maybe engage them more," Curt Anderson, a 20 year-old from Orion, Illinois, said.

Brenda Wolf, 70, from Bettendorf, Iowa, who has still not decided who to vote for, said negative ads would not change her mind. "That has nothing to do with us," she said. As she pointed to the Trump podium in front of her, she added, "This has everything to do with us."

In recent weeks, as Mr. Trump continues to lead in the polls and the Republican establishment grows more anxious about his potential to ultimately become the party's nominee, negative ads targeting the billionaire have begun cropping up.

Earlier this year, a Club for Growth super-PAC spent $1 million in Iowa on ads attacking Mr. Trump. Those efforts do not seem to be piercing Mr. Trump's Teflon coating, as he continues to hold a commanding lead in national and early state polling.

In November, the Wall Street Journal reported that Liz Mair, the former online communications director for the RNC, and other establishment figures in the party worried about Mr. Trump's rise are forming a "self-styled guerrilla campaign" called Trump Card LLC. The group will be backed by anonymous donors with a goal to take down the front-runner.

On Saturday, Mr. Trump stormed Iowa with back-to-back rallies. The first, in Spencer, attracted an audience of 1,500. The second, in Davenport, had an audience of 2,500, according to the Trump campaign. For those in the audience still shopping around, seeing a negative ad against Mr. Trump from an establishment figure would almost certainly backfire.

"They got us into this mess, so why listen to them?" said Kim, a 49-year-old from Highland, Illinois.

"They're the reason we're in the state we're in. It's career politicians that don't have my interests in mind," Kim's husband, Jeff, 49, said. "The more our people run negative ads against other people in our party, the more it makes me mad."

Mr. Trump routinely presents himself to voters as an anti-establishment, outsider candidate, an image that supporters cite as being among their top reasons for backing him. That's one reason that negative advertisements against Mr. Trump may prove ineffective, according to Bloomberg Politics'advertising analyst Ken Goldstein.

"If you believe that people are still shopping around and if you believe that all of these polls are simply measuring people who are not actually going to show up on a cold February night, then byadvertising all you're doing is mobilizing more people who wouldn't vote anyway and are probably not going to vote for an establishment candidate regardless," Mr. Goldstein, a professor of politics at the University of San Francisco, said.

Many voters in Davenport seemed to concur.

"I would probably want to vote for him more," Mary, 45, from Wheatland, Iowa, said when asked about the effect of anti- Trump ads.

Mr. Goldstein does, however, think that negative advertising could hurt Mr. Trump in Iowa if it targets one specific group: evangelicals, who make up 60% of Iowa caucus goers. Turning them against Mr. Trump by using targeted mailings might prove effective, Mr. Goldstein said, if the candidate's past positions on abortion rights and advocacy for a single-payer healthcare system were targeted.

"Why was advertising so devastating to Mitt Romney? Because at the end of the day Mitt Romney's main message was 'I'm a job creator' while the Obama message was 'No, you're a job destroyer," Mr. Goldstein said. "If Trump's big message is 'I'm aggressive, I'm tough, I'm conservative' then saying things that don't knock at his strengths may not matter."

Voters who said they would not be swayed by ads that focus on Mr. Trump's rhetoric on the trail would be more likely to look into whether the charges were true, Goldstein argues. Those in attendance at Trump's rallies over the weekend seemed to prove Goldstein's point.

"I think if I fact-checked it myself and looked into whatever negative aspect they are pointing out I would take that a lot more seriously," Ryan, 30, from Silvis, Illinois, said.