I hereby nominate Donald Trump for 2016 Ad Age Marketer of the Year. While a nexus of factors -- including marketing malpractice by the GOP -- has propelled Trump to the top of the Republican polls, it's his marketing instincts that have allowed him to defy expectations. When I analyzed the Trump phenomenon for my book, I was surprised that a number of his keys to success were straight out of the playbook I learned as a brand manager at P&G.

On a traditional national campaign, there's a gaggle of folks who carefully manage everything a candidate says and does. When I ran for Congress in 2010, my pirate campaign was missing this careful polish because I had very little money. Trump's campaign either lacks these types of people or he has them locked in a closet. All this makes his unexpected success a testament to his fantastic marketing instincts vs. traditional campaign focus-group testing.

"How is this even happening?" That's the question I get the most. Answering it made me think back to a common admonition I was trained with at P&G: Short-term promotions shouldn't come at the expense of long-term success. If a brand discounted with Sunday coupons every single week, then consumers would become trained to never pay full price.

Seeking short-term electoral wins over the past decade, the Republican Party opted to stoke the emotions and fears of their core supporters. By training their core constituency to believe the worst about the motives of their opposition, and to constantly remind their voters that they were living in dangerous and desperate times, they succeeded in driving voter turnout. Yet it shouldn't now be a surprise when those same voters eventually demanded a candidate who speaks the most directly to these concerns. "Careful how you train your consumer" was a P&G'ism that it's clear the Republican Party never learned. As dozens of articles now appear detailing the GOP's desperate attempts to stop Trump, I can't help but feel like they now understand this cardinal rule of marketing.

Beginning with his entrance into the race, Trump has masterfully set the tone. Never content to merely react to others or allow the media to define him, Trump has consistently controlled his narrative. When I was on "The Apprentice," the producers were able to craft an entertaining caricature of me as jargon-spewing Proctoid that even Ad Age poked fun at. By caricaturing himself before the media could do it him, Trump distinguished himself -- his fiery statements, sharp attacks and entertaining actions -- creating an aura of authenticity and truth-telling. While this Trump-created caricature has infuriated his detractors, it has sparked devotion and loyalty in his supporters.

While Procter marketing might be the king of the "reason-to-believe," Trump's campaign has been noticeably light on detailed plans and specifics. Like the "VitaNiacin" in my beloved Olay Total Effects, Trump's RTBs are "conceptual ingredients" at best. His "incredible" business record, self-funded campaign and foresight on the Iraq war are questionable when put under a microscope, but as a gifted marketer, he knows it doesn't matter. When you're making an emotional pitch, RTBs aren't necessary since you're not appealing to rationality. Instead of torturing himself to comply with marketing paradigms, as almost all marketers do, Trump intuitively knows when to break from script.

While high on entertainment, it would be a shame if the lessons of the Trump campaign were lost on marketers: Be careful how you train your consumer, set the terms of the conversations, and don't fret about defying norms like RTBs when you're making an emotional sale. With his decisive Super Tuesday victories, it seems like a certainty Trump will be the Republican nominee. Will he be a good President? I can't answer that, but I can assure you he would be the best marketer to have ever held the office. 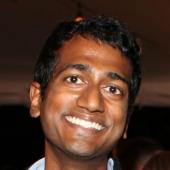 Surya Yalamanchili
Surya Yalamanchili was a contestant on "The Apprentice" in 2006 and ran for U.S. Congress in 2010. He's a former P&G brand manager and author of "Decoding The Donald: Trump's Apprenticeship in Politics."
View all articles by this author