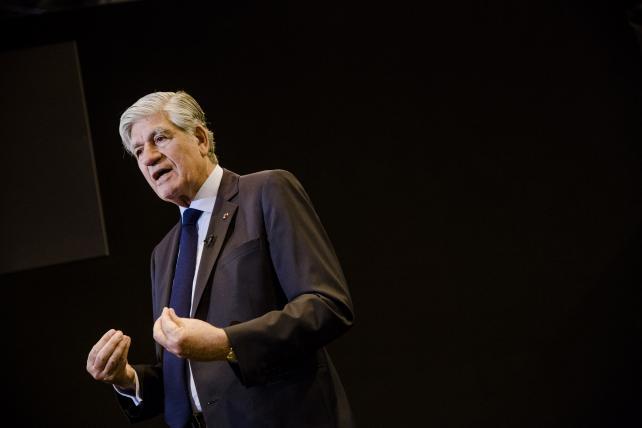 As Election Day unfolds in the United States, Publicis Groupe Chairman-CEO Maurice Levy said Tuesday there will definitely be "uncertainty" in the ad industry should Donald Trump become president.

The impact, Mr. Levy said, would likely be similar to what the U.K. experienced after voters shocked pollsters and pundits in June by voting to leave the European Union. Many Publicis clients have taken a "wait and see" approach to advertising in the U.K. following the Brexit vote, but are concerned about potential effects on business.

The U.S. presidential election could have ramifications at least as large.

"I think if the election is giving Trump as a winner it will not only be the ad industry affected, but it will be the United States, the world," Mr. Levy told Ad Age during the Web Summit in Lisbon, Portugal. "I don't know in which way it will be affected. Clearly, he is not a classic politician. Therefore, nobody knows exactly what he will be doing."

"If it is Clinton, I guess she will be -- besides the fact that she will be the first woman -- more in line with what a classic politician is doing and there will be much less surprise," he added.

Mr. Levy also said he will be watching several key events in 2017.

As ad targeting becomes more and more sophisticanted and as companies like Verizon, for example, share data with marketers from itself, its AOL subsidiary and Yahoo, should its plan to buy that company be completed, privacy will likely also be a likely concern among consumers in 2017.

The Federal Communications Commission voted last month, in perhaps its last big action before a new administration takes over in Washington, to ban internet service providers using and sharing data on location and web browsing habits unless consumers explicitly opt in.

To a lesser degree, Mr. Levy said he's curious as to how Snapchat and Twitter will perform next year. "Will Snapchat become the platform that we are expecting it to be?" he said. "And will Twitter become a very strong ad network? They have the audience, they have a fantastic communication tool. Will these finally be converted into the dollars they deserve? That is a big question mark."