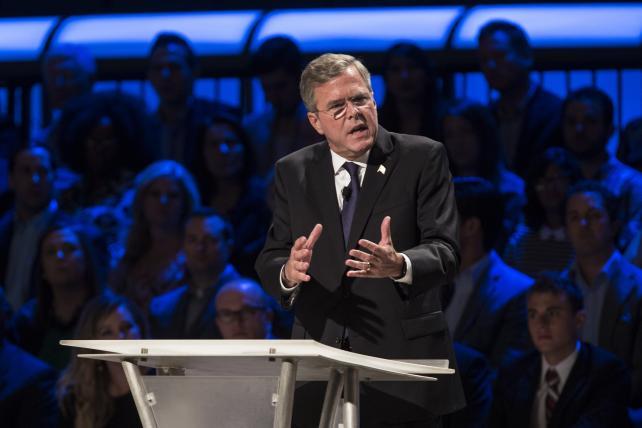 The top six Republican presidential campaign advertisers, all of which are independent political action committees that can raise and spend unlimited sums of money, have little to show for what they've shelled out so far. After at least $18.5 million of TV commercials, the candidates they're backing are among those doing the worst in the polls.

And that's not counting the Opportunity and Freedom PAC, which backed former Texas governor Rick Perry before his Sept. 11 exit from the race. It still technically ranks as the top Republican advertiser for total broadcast spots, even after being off the air more than a month. The super PAC started advertising the day after Mr. Perry announced his candidacy in June and spent an estimated $926,000 on broadcast ads in an attempt to boost the candidate, who struggled from the start largely because of the errors he'd made in his first presidential run four years earlier.

Those findings, from a Bloomberg Politics analysis of broadcast advertising data, raise questions about the return on investment so far for the mega donors mostly responsible for super PAC financing, while also suggesting that long-held truisms of campaigning might be weakening in the face of new technology.

Donald Trump, Ben Carson and Carly Fiorina, three candidates who have led in the polls in recent weeks despite never having held elective office, haven't had super PAC support on TV. Among the three, Mr. Carson is the only one to have run his own campaign ads, and at significantly lower levels than the super PACs.

"We're not going to be running ads. I can tell you that," Ms. Fiorina said Friday in Iowa, the state that hosts the first nomination voting. "We're going to be shaking hands and meeting voters."

The ability to advertise in multiple states at once has traditionally been viewed as a sign of political strength in presidential campaigns. In this election season, at least so far, it seems a sign of weakness.

"Often you spend money when you are in trouble," said Ken Goldstein, a University of San Francisco professor and polling and advertising analyst for Bloomberg Politics. "In this campaign, that's proving especially true."

The analysis used data from Kantar Media's Campaign Media Analysis Group, also known as CMAG, and was based on presidential campaign-related spots run through Oct. 12. It doesn't include millions more spent on local and national cable, radio and other platforms.

Among the super-PACs linked to a candidate still in the Republican race, Right to Rise, the group backing Jeb Bush, has been the most vigorous advertiser. It's also the best-funded of this year's presidential super-PACs, having raised $103 million in the first six months of the year. That has helped the group run 3,229 broadcast spots in support of the former Florida governor, who began the campaign as the expected frontrunner but is now struggling to gain traction.

The pro-Bush super-PAC has been buying broadcast spots for a month, targeting the lead-off nominating states of Iowa, New Hampshire and South Carolina. The highest concentration -- 42% of the ads -- have aired in TV markets that cover New Hampshire.

"It's really a shock and awe campaign. They're on satellite, radio, cable and broadcast," Mr. Goldstein said of Right to Rise, citing industry data he's seen. "They are everywhere."

Too soon for results?
Mike Murphy, who runs Right to Rise and served as a top adviser to Mr. Bush's two successful campaigns for governor, said it's too early to say whether the ads have been effective. He argued that there's been little high-quality polling in the early states since the super-PAC went on the air in mid- September. "Advertising takes a long time to take effect because you have a complex story to tell," he said. "Obsessing on polling now is an amateur mistake."

It can take 10 days to two weeks to drive a message with a TV ad and the super PAC probably has about a dozen messages it wants to sell for Mr. Bush between now and the first balloting in February, Mr. Murphy said, adding that the group will likely be on the air continually between now and then.

Mr. Bush himself has pointed to the importance of the TV campaign to potentially move his poll numbers. "I'm going to do something really novel," he said earlier this month. "It's called advertising."

Mr. Goldstein countered that it will become increasingly hard for Bush and others to move poll numbers through ads, as more candidates and super PACs go on the air later this year.

"If you are not moving numbers now when you mostly have the space to yourself, it may be hard to move numbers later," he said.

After the PAC backing Bush, the next biggest advertisers on the Republican side, in rank order, are committees backing Senator Marco Rubio of Florida, Louisiana Governor Bobby Jindal, New Jersey Governor Chris Christie and Ohio Governor John Kasich. All of those candidates are stuck in single digits in state and national polls, with Mr. Jindal, Mr. Christie and Mr. Kasich especially trailing the field. Each of those PACs has run at least 1,000 spots already this year. So far, virtually all of the spending on the Republican side has been by super PACs.

"He's an entertainer and he's entertaining," Mr. Barbour said of the billionaire. "But at some point, he will have to go talk to voters in the early states."

Mr. Trump's free media advantage is something he routinely brags about. "I'm getting so much publicity that I don't have to advertise so far," he said Oct. 7 in Waterloo, Iowa.

With his poll down from previous highs, even Mr. Trump plans to start running ads soon. He told the Washington Post earlier this month that he's planning to spend $20 million on paid TV advertising later this year.