For Bloomberg and Trump, Super Bowl ad buys are a drop in the bucket | Ad Age
Skip to main content

Presidential candidates will fight it out with 60-second spots 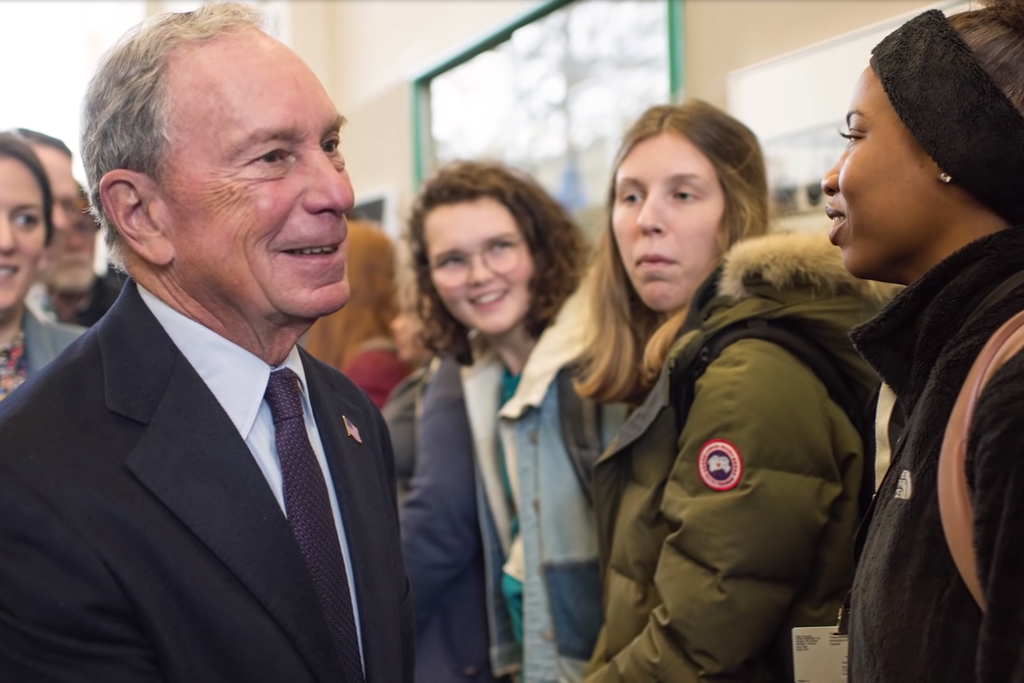 At this point in the money-addled U.S. presidential campaign cycle, a $10 million Super Bowl ad almost seems like a modest expenditure—along the lines of (for us regular folks) a last-minute impulse buy of an extra bag of Tostitos at 7-Eleven for friends coming over to watch the game.

To put in perspective last week’s news that both President Donald Trump and media mogul Mike Bloomberg are each dropping said sum to air 60-second campaign ads during the Super Bowl, consider the big picture: According to the latest Ad Age Datacenter analysis of political ad spending in partnership with Kantar/CMAG, the top five biggest spenders on TV and radio have burned through just under $316 million so far (including advance bookings through Election Day). That’s 88 percent of the $359 million total spent on all TV and radio ads related to the 2020 presidential election. The high rollers are, in order, Bloomberg, hedge fund billionaire Tom Steyer, Trump, Senator Bernie Sanders and former South Bend, Indiana, Mayor Pete Buttigieg.

Presidential campaign TV and radio spending
For the five biggest spenders.
SOURCE: TV and radio spending from Kantar/CMAG. TV and radio spending includes broadcast TV, local/regional cable and satellite TV, radio and Spanish-language local TV from Jan. 1, 2019, through May 5, 2020, including advance bookings as of Jan. 8, 2020. All other includes spending by candidates who have dropped out of the race. Spending for Tom Steyer includes Act Now on Climate Change and Need to Impeach. Spend for Donald Trump includes Committee to Defend the President and Judicial Crisis Network.

Bloomberg and Steyer can afford big media buys because they’re billionaires who are largely self-financing their campaigns. Trump, meanwhile, doesn’t have to spend his own money, because his re-election campaign announced in the first week of January that it’s amassed a war chest of more than $100 million, with nearly half of that sum raised in the last quarter of 2019 alone. And while Sanders and Buttigieg are in our top five, their spending—like that of Trump so far (save for that Super Bowl ad)—is relatively minimal (though more robust than that of Senator Elizabeth Warren and former Vice President Joe Biden, who failed to make our top-five cut).

Keep in mind that these figures don’t even count digital spending. TV advertising still dominates in the national political arena, but last week a group of influential stock analysts set new price targets for Google parent Alphabet, which is on its way to a $1 trillion market cap in part because of high expectations for a continuing surge of Google ad sales to political campaigns (at every level, not just presidential).

Google isn’t breaking out its political-ad revenue, but Facebook is. The Trump campaign continues to lead there, with a $17.5 million outlay on Facebook ads in 2019 (through mid-December, per the latest data available from the social network as of this writing), followed by Steyer with $14.6 million and Buttigieg with $6.1 million.

But back to the biggest billionaire on the block: With his $153 million outlay on TV and radio ads, and $7 million for Facebook so far, Bloomberg has singlehandedly exceeded the entire 2019 budget of the U.S. National Endowment for the Arts ($155 million).

Meanwhile, it surely won’t be long before we see half a billion spent across all the presidential campaigns on TV and radio ads.