READ THIS NEXT
Watch The Lincoln Project’s data-driven viral video, plus a young poet’s instant fame by the numbers: Datacenter Weekly 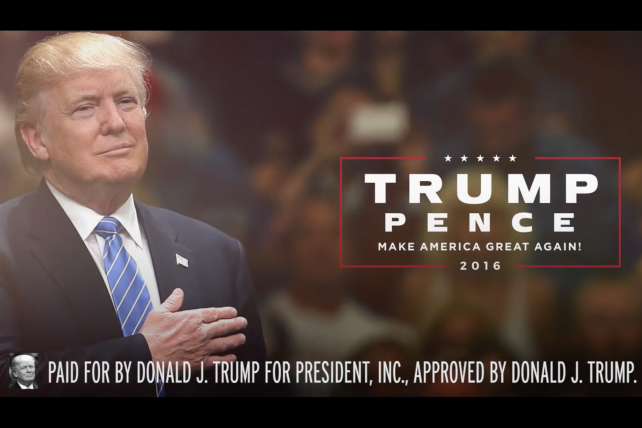 If you're a regular reader of Ad Age's weekly Campaign Scorecard reports, you know that over the past several weeks Ad Age Datacenter -- specifically, Director of Data Management Kevin Brown -- has been keeping a particularly close eye on what Donald Trump's campaign has been up to. The close scrutiny has come in the wake of a Sept. 24 Associated Press report quoting a Trump adviser as saying that the campaign planned to suddenly spend major money on advertising -- a yuuuge departure for a campaign that, up until that point, had spent a small fraction of what Hillary Clinton's campaign spent.

In a Sept. 30 post titled "Trump's Last-Minute $140 Million Ad Blitz Is Starting to Happen," we reported on the $30 million in ad bookings the campaign made in just one week. And then, a big pullback: We saw just under $6 million in additional booked advertising over the following week, as we reported in our Oct. 7 post titled "The Trump Campaign's Ad Strategy Just Got Extra Confusing," which also noted buzz in media and political circles about multiple ad cancellations by the Trump campaign.

And then in our Oct. 14 post, titled "The Hard Math of the Trump Campaign's Last-Minute TV and Radio Ad Strategy," we noted that the campaign's ad cancellations were, in fact, reallocations to other markets -- and that the Trump campaign was spending primarily in four states: Florida, Pennsylvania, Ohio and North Carolina.

Here's where we stand right now:

• There are effectively only three players spending in the millions: The Trump campaign, the Clinton campaign and a pro-Clinton PAC called Priorities USA Action.

We're in the process of updating our state-by-state TV+radio ad spending map, but the bottom line is that, despite the Trump campaign surge in booked spending, in general voters will still see a lot more anti-Trump/pro-Clinton ads than anti-Clinton/pro-Trump ads thanks in large part to Priorities USA's massive outlay (advance bookings that were, in many cases, made months ago).