European marketing execs shocked by the outcome of the U.S. election see a consumer revolt similar to the one that drove U.K. voters to surprise many people in June and choose to leave Europe, roiling the continent and creating uncertainty about the future.

"We now have to get used to living in a time where deep shocks are becoming the norm," said Toby Hoare, CEO of J. Walter Thompson Europe. "First Brexit, now Trump. Consumers are fed up with being told how they should behave and what they should think -- the world over."

For the U.S., the uncertainty is just starting.

"The media noise and scaremongering around Brexit and now Trump have created a sense of uncertainty so powerful that we are half expecting global Armageddon," said Dave Buonaguidi, CP&B London's chief creative officer.

His office shares clients with the U.S. and globally, and "of course uncertainty has had an immediate effect on confidence and the markets, so I'm sure at some stage it will also affect our budgets," he said. "Our job is to advise and help our clients navigate the choppy waters of the modern world, and right now the world is a crazy place. We get up. We go again. We carry on."

Gary Stolkin, global chairman and CEO of The Talent Business, said that already on Wednesday a London-based senior creative who'd been offered new roles in either New York and London, and was about to accept the New York post, decided to take the London job instead.

"After Brexit and the devaluation of the pound, we saw a significant spike in interest in moving to the U.S. from senior talent in the creative industry," Mr. Stolkin said. "They were uncomfortable with Brexit and attracted by the strong dollar. It's ironic that a Trump win has undermined that, and already we have seen one or two people decide to stay in London."

"Creative individuals tend to be more liberal," Mr. Stolkin added. "Their fear is that the U.S. will be less outward-looking and less supportive of the creative industries in general."

Independent shop Creature of London responded to the U.S. election result by closing an hour early on Wednesday to encourage people to go out and be kind. "In a world where kindness and tolerance feel slightly lacking at the moment, we're going to try to do a little bit to redress the balance," it said on its Facebook page. After suggesting a few nice acts -- donations to charity or a food bank, or calling a parent -- Creature of London concluded: "It's not a lot, but we're feeling as helpless as the rest of you at the moment, and we want to be able to look back on today as a day when we did our bit to make a pretty battered world feel a little kinder. We want to leave today better than we found it."

Agency leaders see lessons for how brands connect with consumers. "We can't ignore the passion generated by this election in the U.S. and around the world," Havas CEO Yannick Bollore said. "What strikes me the most from where I stand is how political communication has been completely disrupted. As we know from brands, social media creates new opportunities to connect more personally with people. And with less need for huge paid media campaigns. It is another proof of the impact of modern marketing that is changing all aspects of modern society."

Johnny Hornby, chairman and CEO of WPP-backed The&Partnership, said Mr. Trump's surprise win was a situation very similar to Brexit. "Disenfranchised people who felt left out have decided to kick up against the political establishment," he said. "Successive governments have failed to improve the life chances and living standards of less well-off white males. Whether they are in Idaho or Hull, since 2008 they've seen the banks bailed out, and they've seen property and stocks boom, but they've been left out. People like Donald Trump and Nigel Farage have been able to drum up resentment and allow people to believe it's because of immigrants and the establishment."

About the future role of the U.S., Mr. Hornby said, "We are used to seeing the U.S. as the global superpower, but if he plays too isolationist a role he will damage the U.S. brand."

"We are already seeing cost pressures because of Brexit," he added. "It's scary. Every retailer is facing an 8% price rise [because of the collapse of the pound]. They either ask the customer to pay it, or they do it themselves, which inevitably puts a big cost pressure on marketing."

"There shouldn't be major short term implications," said Jon Wilkins, chairman of London agency Karmarama. "Longer term, God only knows. Trump clearly needs to change a lot of behavior, language and perspectives if he is to truly lead and the jury is out. One thing for sure is Trump is a marketing man, he is one of us, he just used his professional communications acumen in a cynical and unpleasant way." 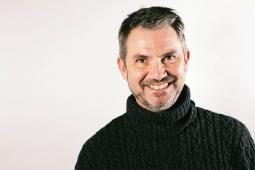 That raises questions about the role of advertising.

"I have an unsettling feeling of complicity," said Dylan Williams, chief strategy officer, Droga5 London. "I'm sure I'm not alone. Perhaps our industry's over-reliance on emotional sell and increasingly unsubstantiated claims has served to infantilize modern society. It seems we no longer have the ability or framework to think things through when we're feeling angry. As an industry largely full of decent people, we looked to be held to account by demonstrating direct commercial effect for clients. Our mistake was to not pay due attention to the aggregate effect on society at large. We've created a monster -- a culture characterized by immediate gratification, overconsumption and adolescent decision-making based on hot emotion, whim and impulse. It's time we rebooted. We now need to make good on the issues we've helped create."

But Karmarama's Mr. Wilkins said the outcome wasn't as apocalyptic as it feels to some. "Personally, however distressing this is for many -- including myself -- I take hope from the great Martin Luther King, who said 'Even if I knew that tomorrow the world would go to pieces, I would still plant my apple tree,'" he said.