High Demand for Data, Digital Make for Close Quarters in the GOP

Super PACS and the Consultancies Serving Them Choreograph a Delicate Dance Around Regulations
READ THIS NEXT
‘Secretary of Failure’: Conservative PAC goes after Trump’s son-in-law Jared Kushner in blistering new attack ad 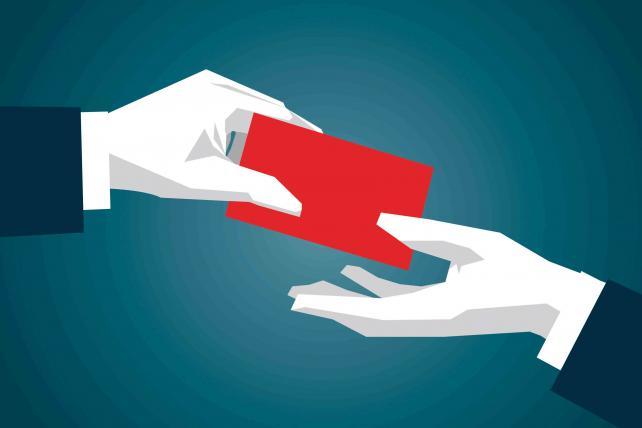 Donald Trump is changing this year's political campaign game for the entire field, but super PACs, yet again, are influencing it in ways that could affect races for years to come. Ever since the Citizens United Supreme Court ruling opened doors for donors to give unlimited amounts of money to influence elections and political campaigns, super PACs and the consultancies serving them have choreographed a delicate dance around regulations that prevent them from coordinating on campaign strategy and messaging.

Federal Election Commission rules ban vendors from working with party committees or campaigns and their related political action committees when developing communications if information about campaign plans, projects, activities or candidate needs are shared. That's where silos, firewalls and "Chinese walls" come in. The terms are used interchangeably by consulting firms that work with political campaigns and organizations when asked about the possibility of illegal coordination between campaigns and outside groups.

And it's no surprise the question has come up this election season. While many technology, data and media vendors (from media sellers like Google to software firms such as NationBuilder) and data sellers (including Aristotle and L2) have always worked with a multitude of rival campaigns and groups, the number of companies providing strategy consulting to campaigns and the PACs supporting them appear to be on the rise.

Cambridge Analytica, a British firm aggressively seeking both political and corporate clients here in the U.S., works for both the Ted Cruz campaign and a cohort of PACs supporting the Texas senator using variations on the name "Keep the Promise." Known for a unique form of voter segmentation that targets ad messages based on personality traits, Cambridge Analytica is funded by hedge fund manager Robert Mercer, who last year donated $11 million to Keep the Promise, according to the Center for Responsive Politics. The company also worked with Ben Carson's presidential campaign.

Jeb Bush's now-defunct campaign and super PAC Right to Rise were also both working with two of the same analytics firms, Deep Root Analytics and Digital Core Campaign (DCC). DCC, a voter data and technology firm founded in 2015 by former Facebook senior engineer and Republican National Committee technology chief Andrew Barkett, stopped working with the Bush campaign sometime after September 2015, but continued working with Right to Rise until the end. Deep Root, which helps clients plan media strategy and buys, counted the Bush campaign and Right to Rise as clients until the former Florida governor called it quits in February.

Deep Root Analytics and Cambridge Analytica stress that they dedicate separate staff and implement technological barriers to prevent information and data sharing between clients that are prohibited from coordination.

"We have taken this responsibility very seriously as we are ethically bound to keep information and tactics private," said Becki Donatelli, president of Campaign Solutions, which ran John McCain's digital campaign in 2008. "The campaigns we work with trust that their team is working at the highest level possible to deliver excellent political advice and strategy, and each one of them has received my personal assurance that separation within our company is my highest priority."

Deep Root and Cambridge Analytica declined to comment for this story, but Cambridge Analytica CEO Alexander Nix told Ad Age previously that the company separates staff working with each account physically and electronically cordons off data and systems to comply with FEC rules prohibiting coordination.

"It's all part of why we have a firewall in between our data sources," said Paul Westcott, director of marketing and communications for nonpartisan 40-year-old data firm L2, which has sold data to the Donald Trump and Bernie Sanders campaigns this election. "It's totally within bounds."
And it's a necessity created by supply and demand.

Super PACs have grown smarter and more integral to the political campaign process since 2012, when most of them were one-trick ponies dedicated to buying TV ads. Today there are more of them, especially on the Republican side, and their mission is more complex as they conduct data-driven voter targeting and door-to-door canvassing.

"This cycle, there were more campaigns than there are qualified digital firms to exclusively help them, so those of us that were large enough firewalled and siloed off teams that were dedicated to one particular campaign or another," said Ms. Donatelli.

When Dave Mason was an FEC commissioner from 1998 to 2008, he heard a lot of questions about what constitutes coordination. Now senior VP for compliance services at Aristotle, which offers data and technology services to clients on both sides of the aisle, he suggested, "The super PACs may be looking at this and believe that they'll still get some kind of benefit by, in essence, fishing in the same pond; there are synergies because they're doing things in a similar way, even if they're not sharing information."

The GOP came under fire in 2014 by the American Democracy Legal Fund, an organization with ties to the Democratic Party, which alleged in a complaint filed with the FEC that the RNC, along with its top data partners, large right-wing super PACs and a slew of GOP midterm candidate campaigns, was swapping voter information illegally. The FEC confirmed it received the complaint, though it appears that the case has not been closed.

Beyond the coordination issue is the appearance of old-fashioned conflict. How many competitors can one firm work for?

The number of 2016 GOP candidates, along with a bevy of super PACs, created high demand for consultancies that in the past may not have risked working with a candidate and his or her PAC.
Digital firms Campaign Solutions and Targeted Victory, which in the past planted stakes with individual presidential campaigns, have taken on multiple GOP presidential candidates as clients this time around.

FEC reports show that this election, Campaign Solutions has worked with the Bush, Cruz, Marco Rubio, Lindsey Graham and Scott Walker campaigns. Targeted Victory, which headed Mitt Romney's digital efforts in 2012, has served the Bush, Cruz, Rubio, Trump and John Kasich campaigns. In many of those cases, it appears that the firms have not provided strategic services to all their presidential clients; rather, they provided technology for online fundraising in many cases.

The trend is happening to a lesser degree on the Democratic side, where just three primary candidates have already been whittled to two, and one of them, Bernie Sanders, does not have a super PAC.
Blue State Digital did a small amount of work with both Martin O'Malley's and Hillary Clinton's campaigns in 2015, though Ms. Clinton's campaign appears to have used the firm for technology services rather than strategy consulting.