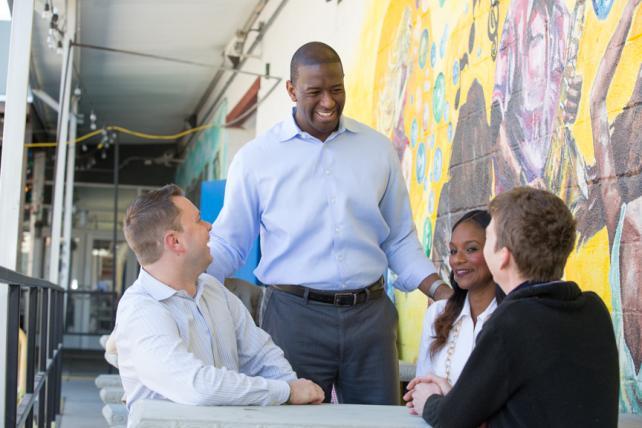 Once again, Florida is pushing the political envelope—and not in a good way.

Just a few weeks after Ad Age Datacenter revealed that the Sunshine State's U.S. Senate race is consuming more ad spending than any other—with an astonishing $128.5 million forked over for TV and radio alone—Florida's gubernatorial battle is running up the score as well. The outlay is even very similar: $128.7 million.

That includes spending by not only the candidates, but by various groups supporting them (e.g., PACs), and it covers broadcast TV, local/regional cable and satellite TV, radio and Spanish-language local TV from January 2017 through Election Day (including advance bookings) as of Sept. 18, 2018.

One factor that's surely driven up spending in Florida: Term limits prevent the incumbent governor, Republican Rick Scott, from running again. So both men who want to move into the Governor's Mansion have had to market themselves to voters across the state who may not have been particularly familiar with them.

Andrew Gillum, 39, is at a particular disadvantage there. The mayor of Tallahassee since 2014, Gillum earned a burst of publicity for his surprise victory in the Democratic primary but wasn't a statewide figure before that. (The New York Times' headline in late August: "Andrew Gillum Pulled Off the Upset of a Lifetime. Now Comes the Hard Part.")

Republican Ron DeSantis, 40, has represented Florida's 6th district as a member of the U.S. House of Representatives from 2013 until just a couple weeks ago (he resigned from the House to focus on winning the governorship). His profile is higher not only because he ran for the U.S. Senate in 2016 (until incumbent Marco Rubio decided he still wanted his seat after all) but because he's seen as a major Trump ally and pal. 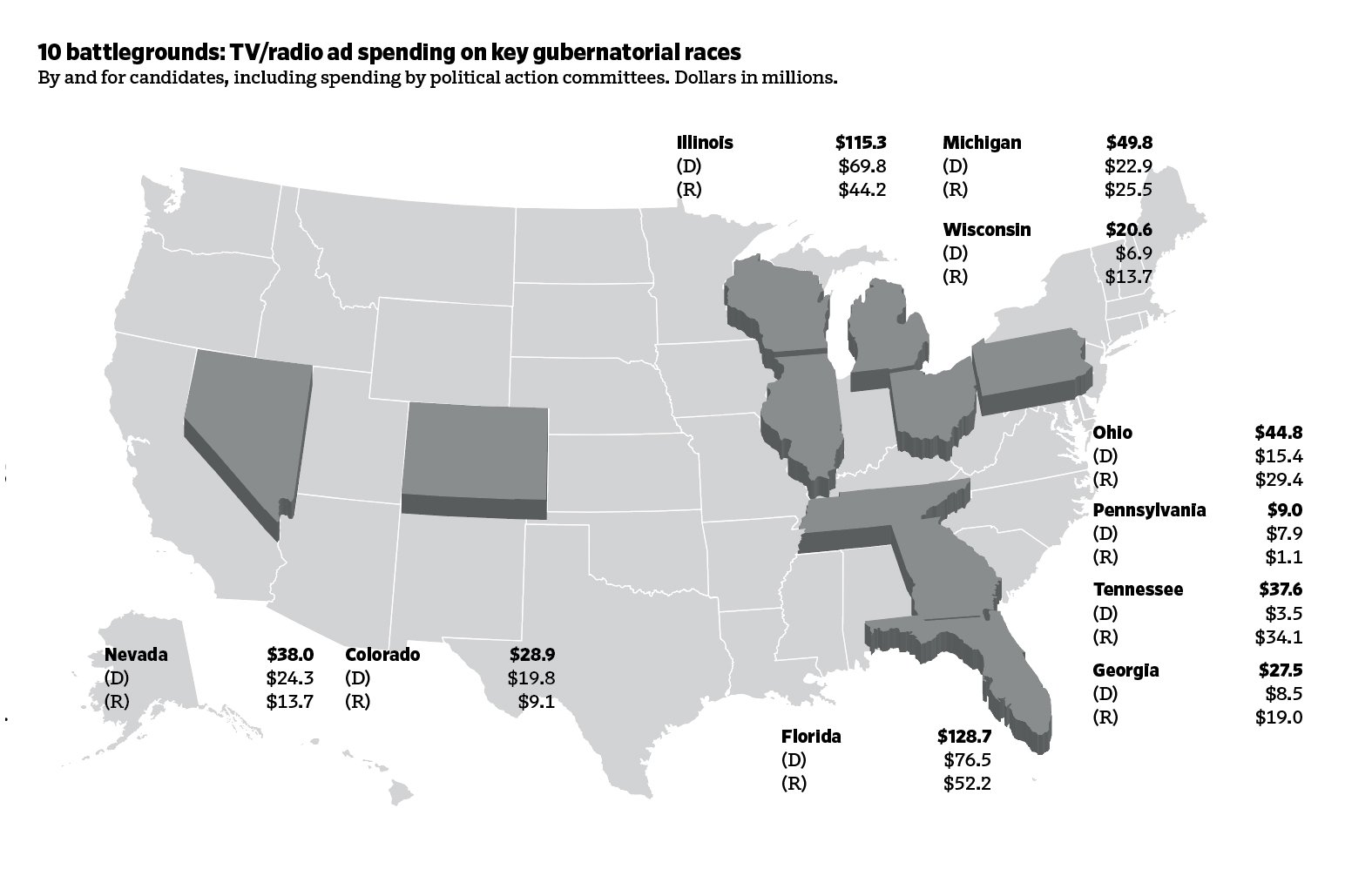 A new wrinkle in that Trump-DeSantis narrative emerged, however, after the president alleged that scheming Democrats were exaggerating Puerto Rico's Hurricane Maria death toll. The DeSantis campaign pushed back in a statement saying the candidate "doesn't believe any loss of life has been inflated." Now, Politico reports, Trump is "privately lashing out" at DeSantis for being disloyal.

It should nonetheless be noted that DeSantis last month released an instantly notorious ad in which his wife notes not only that he was endorsed by Trump but is "an amazing dad" who "loves playing with the kids"—as illustrated by shots of DeSantis instructing his toddler daughter to "Build the wall!" (using toy bricks) and reading "The Art of the Deal" to his infant son.

Now a word about gubernatorial races beyond Florida. As shown in our chart, only Illinois comes close, with a $115.3 million outlay on TV and radio. But tally up Florida plus the runners-up among the 10 key races Ad Age Datacenter has been tracking—from Michigan ($49.8 million) down to Pennsylvania ($9 million)—and we're talking half a billion dollars.

To the voters in those states: Our thoughts and prayers are with you.