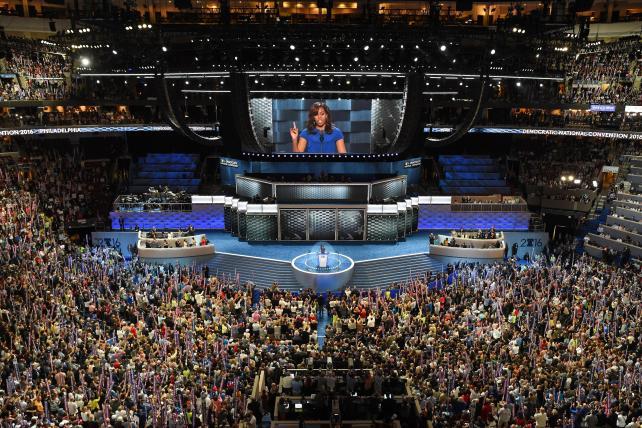 In a speech that was at once a celebration of America's promise and a subtle reminder that the country very much remains a work in progress, Michelle Obama on Monday brought some sorely-needed gravitas to an election cycle that's been blighted by buffoonery, boorishness and unvarnished b.s. And while Nielsen ratings don't count as votes, about 3.3 million more people watched the First Lady's address to the Democratic National Convention than did Melania Trump's corresponding (and heavily cribbed) speech from a week ago.

According to the live-plus-same-day ratings data, Monday night's opening convention coverage averaged 25.8 million viewers across ABC, CBS, NBC, Fox News Channel, CNN and MSNBC, up 15% compared to the 22.5 million viewers who tuned in for the opening salvo of the Republican National Convention. Coverage of the 10 p.m. portion of the DNC -- an hour that included the FLOTUS's speech as well as addresses from Massachusetts Senator Elizabeth Warren and erstwhile White House hopeful Sen. Bernie Sanders -- drew a 7.2 rating in the core news demo, which works out to around 8.6 million adults 25 to 54. That marked a 21% advantage over the 6.0 rating/7.14 million demographically apposite viewers who tuned in for the first night of the RNC.

In keeping with the significant turnaround it enjoyed during the RNC, Turner-owned CNN dominated the first night of the Donkey Show, delivering 6.29 million total viewers, of which more than a third (2.19 million) were members of the target demo. That marked a 60% improvement versus the 1.37 million adults 25 to 54 that CNN scraped up during the first night of the 2012 DNC.

The demo deliveries were divided neatly between the cable news outlets and the broadcast nets, with CNN, FNC and MSNBC accounting for 4.47 million adults 25 to 54, or just over half (52%) of the overall turnout. On the network side of the ledger, NBC remained the team to beat in the dollar demo, drawing 1.73 million adults 25 to 54, compared with ABC's 1.35 million and CBS's 1.05 million.

Cable had a slightly greater advantage in the all-inclusive metric, as the news trio together drew 14.2 million overall viewers, or 55% of the total six-network haul. Four years ago, the three broadcasters delivered 53% of the opening night's TV audience.

While Tuesday night's speakers are unlikely to match Ms. Obama's rhetorical elegance -- her "I wake up every morning in a house that was built by slaves" functioned both as an acknowledgment of how far we've come as a nation and how far we have yet to go -- President Bill Clinton should keep the ratings momentum alive when he makes the case for his wife.

Delegates officially conferred the Democratic nomination on Hillary Clinton by way of a roll call vote on Tuesday evening. 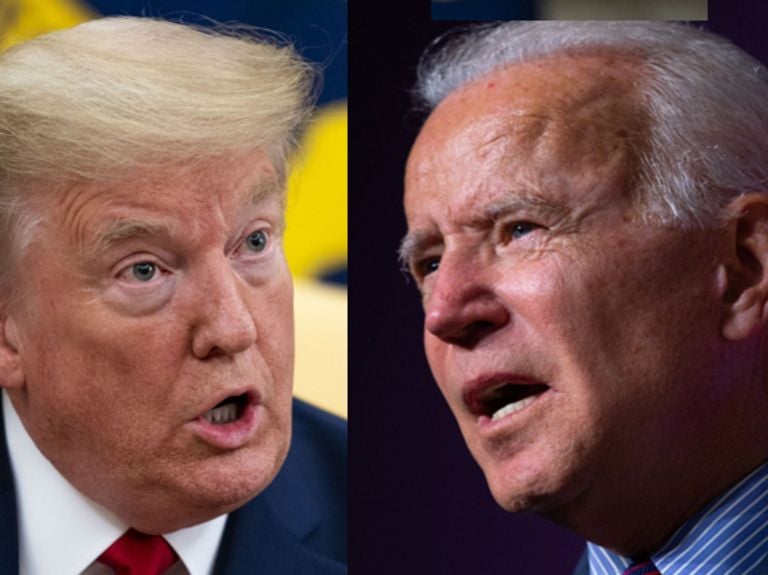 With political rallies out and spot TV scarce, network TV might be the answer for campaigns