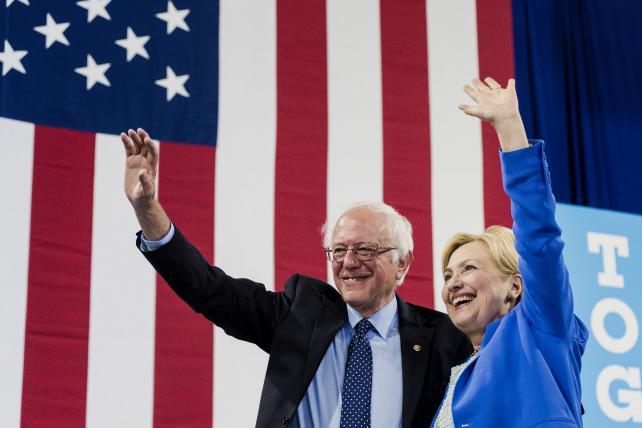 Another milestone in tech innovation and standardization for Democrats could have the party on the left looking in the rear view mirror at the GOP during yet another presidential election.

The chosen voter data management platform of the Democratic National Committee, NGP VAN, has over the past two years integrated more than 200 software tools for things including text messaging and direct mail with its system, and has just made those tools available to smaller down-ballot campaigns.

The idea is to give congressional and municipal candidates access to the same sophisticated technologies as presidential campaigns use, allowing them to keep information fresh across those tools as new voter data flows in.

It was nearly two years ago in August 2014 when the DNC christened NGP VAN as its data management platform of choice for Democratic campaigns. While the software firm says 211 tech partners are now connected to its platform, NGP VAN has named just a handful of those included on that list: DSPolitical's DemocraticAds.com, a digital ad platform; text messaging tools from Revolution Messaging and Hustle; Wildfire Contact, a live phone call platform; SpeakEasy Political's direct mail technology; and StratDriver, which tracks daily results of a campaign plan.

Often political campaigns still have trouble keeping voter segments such as persuadable voters or die-hard supporters updated across various tech tools as new information comes in through door-to-door canvassing or phone calls. Rather than having to export new information and pass it to partner databases through a data warehouse, which can take days, the integrations are intended to allow statewide and smaller campaigns to keep data used by all software tools fresh as the election goes forward.

"What this integration allows is for somebody to be canvassing on Tuesday … and Wednesday have the campaign decide to include that person in the persuadable audience," said Stu Trevelyan, CEO and president of NGP VAN.

Since the 2008 and 2012 Obama campaigns propelled the Democratic Party ahead of the Republicans in the technology, data and analytics arenas, the GOP has struggled to keep up. Often it's presidential campaigns that bring innovation to their respective parties, leading to further dissemination of those upgrades in future elections. Presumptive Republican nominee Donald Trump's relatively lackluster interest in data, technology, and digital media investments could create more hurdles for the RNC and Republican candidates in 2016 and years to come as the DNC solidifies its technology standardization strategy.