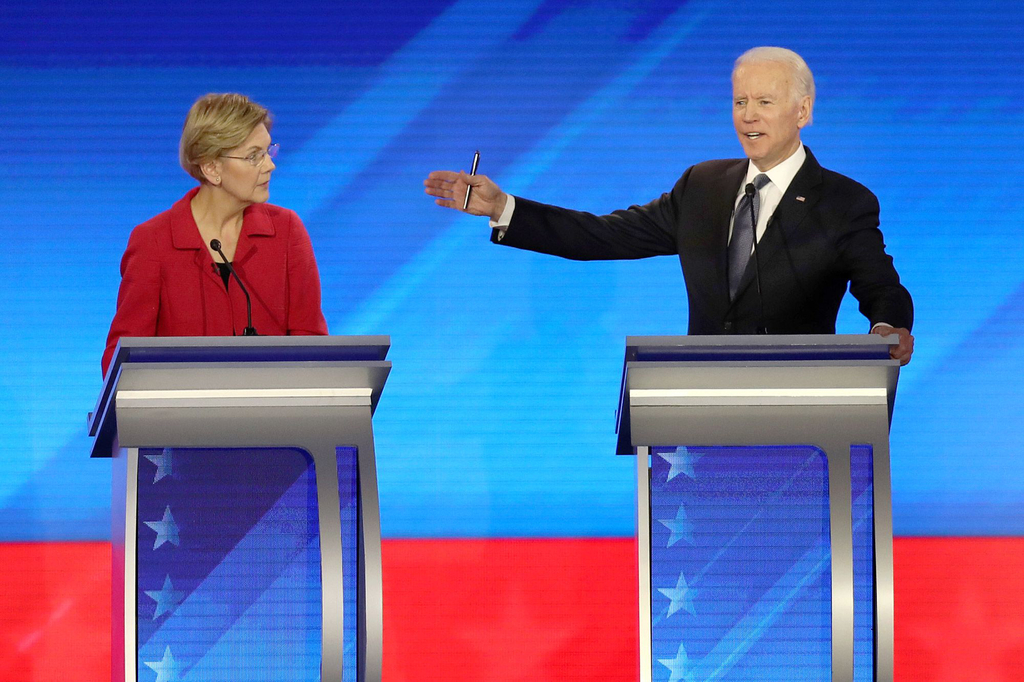 Elizabeth Warren and Joe Biden are shifting ad spending in early voting states as they fight to re-energize their presidential bids following poor showings in Iowa.

At the same time, Iowa’s surprise delegate leader Pete Buttigieg is bulking up his spending, buying ad time in places he hadn’t expected to compete in hopes of a strong showing in New Hampshire.

It’s not unusual for candidates to shift resources shortly after an election, either to capitalize on a strong finish or to shore up perceived weaknesses. It’s one of the surest ways for political pros to track how campaigns truly feel about their chances, and a way to get beyond the usual optimistic spin.

Biden is working to save face after a fourth-place finish in Iowa. Although he set expectations low during Friday’s debate by declaring he was unlikely to win New Hampshire’s primary, he’s moving money to the Granite State to try to stave off another embarrassment.

This week, Biden pulled $148,000 from South Carolina, where he has a comfortable lead, and added $90,200 to the Boston market, which includes southern New Hampshire. Looking further ahead, Biden boosted Nevada spending by more than $100,000 by putting $161,336 into broadcast and radio time while cutting $58,372 from local cable outlets. Nevada holds a caucus on Feb. 22.

Warren spent more than she took in at the end of 2019 and is trimming back on ad spending in some early-voting states. The Massachusetts senator cut about half a million dollars worth of advertising from Nevada and South Carolina and hasn’t signaled where she plans to spend the money.

“I just always want to be careful about how we spend our money,” Warren told reporters in New Hampshire on Feb. 5 when asked about the cuts.

The advertising picture in the Democratic race has been completely upended by the late entry of Michael Bloomberg, who’s already spent more than $300 million of his own money on ads.

The story is brighter for Buttigieg, who leads narrowly in the late-reported Iowa results in what amounted to an upset of longtime front-runner Bernie Sanders.

When Buttigieg left Iowa he had only about $235,103 in ads booked in New Hampshire. Rising in the polls, he’s since added more than double that for the days leading up to Tuesday’s vote. And on Friday, he started booking time in South Carolina, a state where Biden holds a commanding lead and where Buttigieg has failed to connect with the state’s predominantly African-American Democratic base.

Buttigieg will launch a six-figure digital ad buy in seven states, including four that vote on Super Tuesday: Minnesota, Maine, North Carolina and Virginia. The ads are targeting states with counties that flipped in 2016 to Donald Trump from Barack Obama four years earlier.

On Thursday, the Buttigieg campaign said it had raised $2.7 million since he essentially tied Sanders for a lead in Iowa.

Sanders is also capitalizing on his strong performance in Iowa. On the heels of raising $25 million in the month of January, the Vermont senator’s campaign announced plans to spend $5.5 million on television and digital ads in Super Tuesday states and some others.

Warren’s campaign has relied on small dollar donors to fuel her candidacy. Despite a third-place finish in Iowa, she says she can stay in the race beyond Super Tuesday on March 3. She’ll need a strong finish in New Hampshire and beyond to keep money rolling in.

In an email to supporters Friday, the Warren campaign warned it was being outspent in New Hampshire and set an ambitious $2 million fund-raising goal in the days leading up to the primary.

Biden is counting on doing well in South Carolina on Feb. 29, but his fundraising has been slow compared to his competitors—and was even before the Iowa caucuses.

The former vice president was outspent by his Democratic opponents in the fourth quarter of 2019. Biden spent $23.3 million compared to Sanders’ $49.7 million, Buttigieg’s $34 million and Warren’s $33.7 million.