Here's How to Make Sense of Campaign 2016

Join Ad Age and Time Inc. for a Provocative Discussion in Washington, D.C.

The 2016 election so far has been more than a game-changer -- it's been a spectacle. Where do we go from here? Time Inc. and Advertising Age are joining forces in our nation's capital for a conference designed to help decipher the new rules of engagement. Join the best minds in political marketing, strategy and media for a provocative, in-depth discussion that might just change the way you think about this unprecedented campaign season.

Join us on Wednesday, June 15, from 8:30 a.m. to 2:30 p.m. (including lunch) for Campaign 2016: What's Working, and Why, sponsored by The Trade Desk, at the Renaissance Dupont Circle Hotel in Washington, D.C. Registration information here. 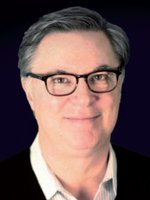 Our keynote speaker is Tad Devine, senior adviser for the Bernie Sanders campaign. Mr. Devine has produced television advertising in 20 winning U.S. Senate and gubernatorial races, and has worked as a media consultant and strategist in 11 winning campaigns for presidents and prime ministers around the world. He's been recognized as one of "the nation's most respected media consultants" by USA Today, and in 2003 Ireland's Sunday Business Post called his firm "one of the most highly regarded and influential in the world." He is considered a leading expert on the Democratic Party's presidential nomination process and general election strategy.

Other confirmed speakers (so far) include:

Campaign 2016: What's Working, and Why will tackle:

• The New Rules of Earned Media: Donald Trump clinched his party's nomination by getting his message out largely through millions, if not billions, in free media. Will the drama that played out for the primaries be replicated in the general? Or will a more traditional ad battle have to take shape? And will future candidates be able to use the Trump playbook?

• Digital Best Practices: The state of the art in multi-platform media buying

• The Programmatic Effect: The tools and platforms that automate ad buying and selling are dramatically changing the consumer advertising landscape. What kind of impact has programmatic had on political ad buying? And what's the best way to go about using programmatic tools in the general election?

• Thinking Local: How will Democratic and Republican nominees, with significant unfavorables, impact turnout and skew down-ticket races? Will supporters go off script down-ticket? Which states will be up for grabs and which hot-topic issues, statewide races and initiatives actually impact the big outcome?

• Millennials: Another Youth-Vote Mirage?: Marketing-savvy, digital-native millennials are passionate about their favorite brands. But passion can only get you so far in politics, if your base doesn't show up to vote. How did millennials actually affect the primaries? And can either party get them out to the polls in November?

Space is limited; register today to reserve your seat!