Poll: Fox Debate Winner Depends on Who You Ask, So We're Asking You | Ad Age
Skip to main content

Poll: Fox Debate Winner Depends on Who You Ask, So We're Asking You

READ THIS NEXT
Presidential campaign update: Brace yourself for a $300 million fall TV and radio ad blitz 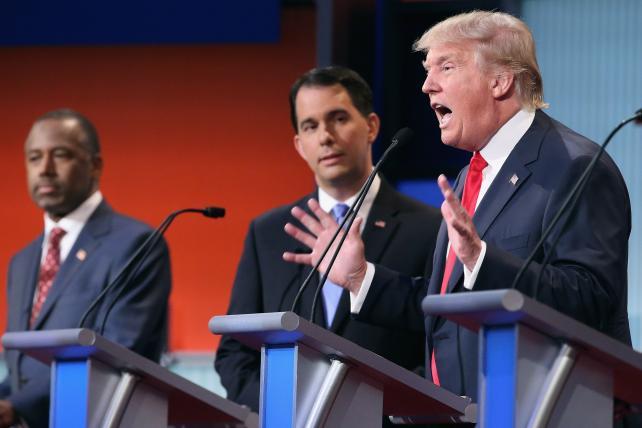 While center-stage, poll-topping Republican presidential candidate Donald Trump will likely garner the most attention from Thursday's Fox News debate, the real winner depends on who you ask. So we're asking you, branding and marketing professionals.

As far as the rest of the world goes, influential Republicans, commentators, and reporters gravitated toward Florida Senator Marco Rubio and Ohio Governor John Kasich as winners of Thursday night's theatrics.

Mr. Trump at a minimum won for speaking time, according to PBS's breakdown:

By Facebook engagement, Mr. Trump was the most-discussed candidate on the platform, followed by neurosurgeon Ben Carson, Kentucky Senator Rand Paul, former Arkansas Governor Mike Huckabee, and New Jersey Governor Chris Christie. The most talked-about moment on Facebook was when Mr. Christie and Mr. Paul went toe-to-toe on the NSA, according to Facebook. Conservative radio host Glenn Beck tweeted that that was a breakout moment for Mr. Paul.

Commentator Teagan Goddard zeroed in on the Florida senator and the Ohio governor, while acknowledging that Mr. Trump would likely suck up all the attention.

The Club for Growth concentrated on inveighing against the front-runner. "This sounds like the worst of Washington politicians: Trump is proud that he made money from filing bankruptcies that cost thousands of jobs for Americans," said Club for Growth President David McIntosh in a statement e-mailed by a spokesman during the debate. "That's a terrible track record for a man who would inherit a massive national debt that will need to be addressed immediately in January 2017. The last thing we need is Donald bankrupting the United States."

Donnie Wahlberg advocated for creating a Frankenstein's monster of several of the contenders:

Mr. Trump himself, in a shocking turn, said afterterward that he was the champion.

"I am very proud of my great performance tonight," he said, according to a statement. "I am not a debater, but I am a winner. If I am elected, I will make this country a total winner -- I will Make America Great again."