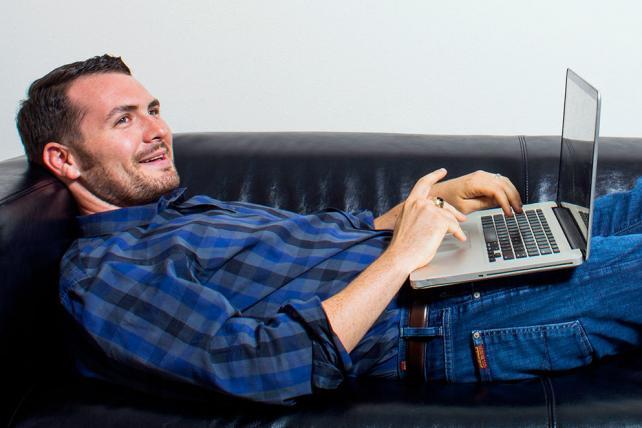 Political campaigns are notoriously opaque. They're also typically pretty top-down affairs despite staffers' insistence that "It's all about the grassroots."

So it was a bit surprising to see Vincent Harris, the young entrepreneur heading digital for GOP presidential hopeful Sen. Rand Paul of Kentucky, asking supporters on Twitter for ideas.

Specifically, he asked followers of his @VincentHarris account on Wednesday what the candidate might do better in digital media. In a related post he wrote, "I am around always to listen. Have had folks as young as 14 send in great tips to vincent (at) http://randpaul2016.com Please keep 'em coming."

What can Rand be doing better online/in digital space? Have gotten some great/appreciated ideas so far. Campaign aims to continue leading.

This request might seem odd to some. Isn't Mr. Harris, the expert the Paul camp wrested from the claws of Texas Sen. Ted Cruz, supposed to know what to do already? Mr. Harris's Austin-based consultancy, Harris Media, is depicted in a recent Politico article as a group of seriously no-nonsense dudes (and gals). In one scenario, Mr. Harris blows off a couple Facebook reps in favor of a guy from Meerkat. A photo of the Harris Media staff accompanying the article looks like a promo shot for the next CW drama, but with all the tough guys front and center.

An October Bloomberg article titled "The Man Who Invented the Republican Internet" called him an "idiot savant." The story leads off with a present-tense telling of Mr. Harris driving up to a hotel in his black 2014 BMW.

The request for ideas isn't about needing help, necessarily, said Mr. Harris in an email exchange with Ad Age. "Rand is running a crowd-sourced digital effort and as part of that we're looking to the web for ideas. We've seen in the past that groupthink can occur often in politics, and it's something Senator Paul wants to avoid. He has the most active and creative supporters of any Presidential campaign on both sides of the aisle and wants to get them involved," he wrote. He said supporters have suggested ad platforms, YouTube editing tips and other ideas.

Like other tech-savvy political consultants, Mr. Harris can't be blamed (entirely) for how much hype the press generates for him. However, his request for help could be perceived as an admission that perhaps his team isn't the most seasoned group. Indeed, the digital political campaign vets on the right who have been around a while longer than the 27-year-old (yes they exist, contrary to what some media reports imply), might be conjuring up an "I told-you-so" smirk right about now.

As for the 14-year-old with the good idea? According to Mr. Harris, the plan is to implement the teen's state-specific, student-aimed Facebook pages. They've asked him to help design the graphics.