A smaller group of officials is expected to still meet in Charlotte, North Carolina
READ THIS NEXT
From ‘Mourning’ to ‘Morning’: Watch The Lincoln Project’s Inauguration Day video 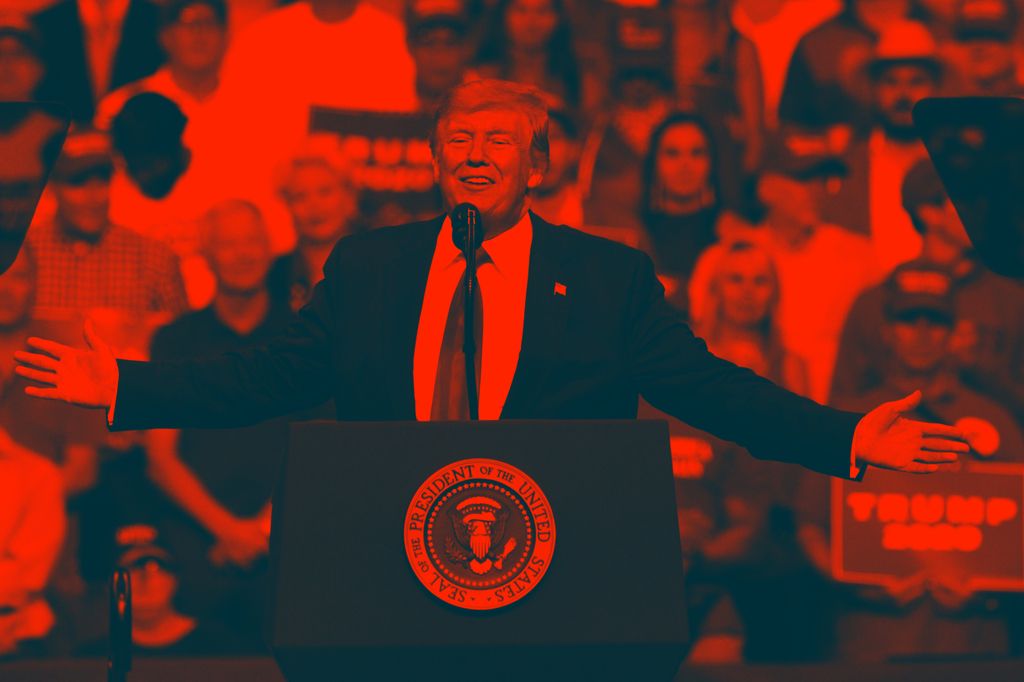 The event had been scheduled for Aug. 24-27 in Charlotte, North Carolina, but that state’s governor refused to accede to requests by Trump that all coronavirus social-distancing measures such as mandatory face masks be lifted.

“Not only does Florida hold a special place in President Trump’s heart as his home state, but it is crucial in the path to victory in 2020,” RNC Chair Ronna McDaniel said in a statement.

The RNC said its executive committee had voted unanimously to allow “the official business of the national convention to continue in Charlotte,” but “the celebration of the nomination” would be moved to Jacksonville, which would benefit from “the economic impact.”

The convention will be held the week of Aug. 24, according to people familiar with the talks on the move. A smaller group of officials would still meet in Charlotte, and formally nominate Trump and Vice President Mike Pence, but the two candidates wouldn’t attend. The delegates would adopt the party’s policy platform in Jacksonville, the people said.

Trump will accept the nomination in the city’s VyStar Veterans Memorial Arena, which holds about 15,000 people, the RNC said.

Florida is key to Trump’s re-election effort and Republicans familiar with the convention planning said that while Jacksonville doesn’t have the hotel space and convention infrastructure of other cities, it has a Republican mayor.

Over the past week, Florida has seen rising numbers of new COVID-19 cases, with about 1,000 new people a day testing positive. National health officials are warning about the risk of a second wave of infections beyond the initial U.S. hot spots, led by New York and New Jersey. Florida was among the states pushing hardest to ease lockdowns imposed during the first wave of a disease that has killed more than 113,000 Americans.

The RNC, in its statement, said Florida Governor Ron DeSantis and Jacksonville Mayor Lenny Curry had promised “a safe and exciting celebration,” but it wasn’t clear what precautions would be taken in response to the pandemic.

The Democratic National Committee said the Republicans had moved their convention to satisfy “Trump’s ego,” disregarding health and safety.

“Trump and Republicans have decided to handle their convention planning the same way they’ve handled the entire coronavirus crisis: prioritize Trump’s ego over Americans’ health and safety,” DNC Communications Director Xochitl Hinojosa said in a statement. “While Donald Trump refuses to listen to health experts because he only cares about himself, Democrats will follow science and prioritize the health and safety of the American people.”

After several months hunkered down at the White House, Trump will resume campaign rallies next week with an event in Tulsa, Oklahoma, on June 19, though participants are being asked to waive liability if they contract COVID-19.

The decision to move part of the convention came after North Carolina Governor Roy Cooper said his state couldn’t agree to demands for a “full convention which includes 19,000 delegates,” as well as “full hotels and bars at capacity” because of social-distancing requirements.

Trump tweeted that the GOP was “forced to seek” a new city for the party’s convention. A week earlier, the president had threatened to move the convention to a different city if Cooper wouldn’t allow all expected participants to come. Locations that were being considered included Nashville, Las Vegas, Orlando, Phoenix and Savannah, Georgia.

“Jacksonville is a great city that will showcase Florida’s energy, facilities, entrepreneurship and commitment to bring together the delegates of the Republican Party at a historic time in our nation’s history,” DeSantis said in the RNC statement.

Democratic Party leaders have been trying to come up with contingency convention plans amid the pandemic, with some delegates having expressed concern over traveling to Milwaukee for the nomination of former Vice President Joe Biden.

The DNC has already approved a plan to allow delegates to vote remotely, and moved the event from mid-July to the week of Aug 17.