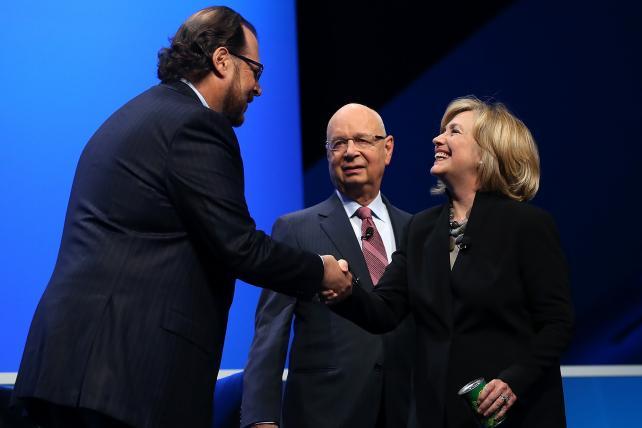 A group of self-described nerds from Silicon Valley has banded together for one goal: elect Hillary Clinton.

Nerdz4Hillary, a fundraising campaign spearheaded by venture capitalist Dave McClure, is aiming to raise $100,000 to contribute to the Democrat's bid for the presidency. It has already received commitments totaling $50,000 from Eric Ries, author of "The Lean Startup" who's developing a stock exchange for private companies; Leanne Pittsford, founder of advocacy group Lesbians Who Tech; and staff from PayPal Holdings and other technology companies.

Mr. McClure, a founding partner at VC firm 500 Startups and "chief troublemaker" at Nerdz4Hillary, is reaching out to what he calls the "average Joe" nerds in the tech community for the rest. He expects them to contribute smaller donations of $100 to $500 each.

"There are a lot of people in tech who aren't super rich but who work a lot and don't make that much time for political activism," Mr. McClure said. "We want those people to take a deep breath, take a step back from their computers and make a small donation that hopefully makes a difference."

California's tech businesses have spawned enormous wealth that many candidates have hoped to tap into. Despite the region's predominantly liberal bent, no one has successfully been able to crack the Valley.

But there has been a handful of notable donations in the run up to an especially polarized election. Dustin Moskovitz, a Facebook co-founder, said this month that he and his wife would donate $20 million to help elect Democrats in the election, including Hillary Clinton. Apple Chief Executive Officer Tim Cook hosted a fundraiser for the Democratic presidential candidate this summer and has donated at least $200,000. Other major donors include Airbnb CEO Brian Chesky and Salesforce CEO Marc Benioff. In July, almost 150 tech founders, investors and executives signed an open letter lambasting Donald Trump, calling the candidate a "disaster for innovation."

Before striking out to start his own venture capital firm in 2010, Mr. McClure served as an investment manager at Peter Thiel's Founders Fund. Mr. Thiel, the billionaire co-founder of PayPal, solidified his role as Valley outlier this year with his public support of Donald Trump. He endorsed the candidate at the Republican National Convention, saying Mr. Trump would "rebuild America."

"We do feel serious about what's going on, but sometimes humor is one of the best ways to engage people in a cause," Mr. McClure said. "The whole Hillary versus Trump thing does have a good versus evil and maybe Emperor Palpatine story line behind it. It fits pretty well."