Why Super Bowl Viewers in S.C and N.H. Will Get a Presidential Ad Blitz | Ad Age
Skip to main content
Sign In Register

Why Super Bowl Viewers in S.C and N.H. Will Get a Presidential Ad Blitz

With Key Primary States in Play, Republicans Spend Big on Big Game
READ THIS NEXT
Watch The Lincoln Project’s data-driven viral video, plus a young poet’s instant fame by the numbers: Datacenter Weekly 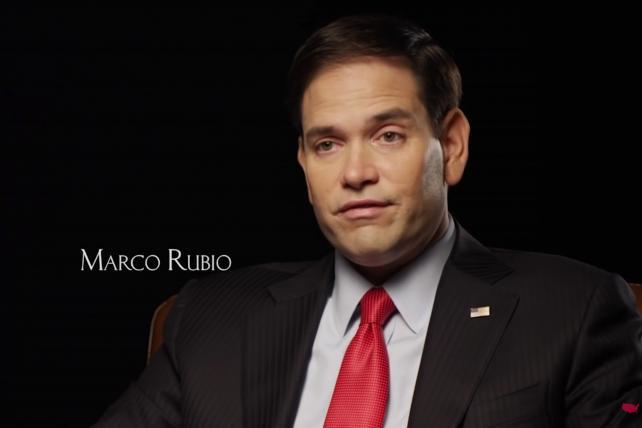 For many marketers, the Super Bowl is the pinnacle of advertising, but prevailing political wisdom says that buying Super Bowl ads is a waste of money. Even at the local level, you end up paying for more than you should.

But 2016 appears to be the first election multiple political advertisers have been willing to buck convention and buy pricey Super Bowl spots in early primary states. In fact, three Republican Super PACs -- those backing Jeb Bush, Ted Cruz and Marco Rubio -- along with Mr. Rubio's campaign itself, have booked more than $1 million worth of TV spots that will run during the big game in New Hampshire and South Carolina markets, the next two states to hold primaries.

But is it worth it?

While advertisers are spending a lot more for Super Bowl spots than ads running the same time during other programming, cost effectiveness should not be the only factor considered, said Carol Davidsen, former director of integration and media analytics at Obama for America who now serves as VP of political technology at Comscore, formerly Rentrak. Comscore's acquisition of the TV data firm was approved by shareholders Monday.

"When I'm buying the Super Bowl [cost-effectiveness is] not the only thing I care about…. It might be an impression that has more weight." Just as Super Bowl spots generate social-media buzz and in-person discussion among football audiences for corporate advertisers, political groups could generate a similar ripple effect by buying the game. "You're getting attention, conversation, that's what you're paying [more] for," said Ms. Davidsen, who helped develop the 2012 Obama camp's heralded TV-buying-analytics software.

Home-team advantage
So in the Charleston, S.C. market, Right to Rise, which supports Jeb Bush, and Conservative Solutions, which backs Rubio, will each run one 30-second spot during the Super Bowl, priced at $20,000 each. For Right to Rise, which also bought the Sunday news hour from 6 p.m. to 7 p.m. on Charleston's local CBS affiliate for $250, that's an 80-fold increase.

However, far more people will be watching the Super Bowl on Sunday than the nightly news -- and giving the ads more attention than usual. And many of those viewers will be likely South Carolina GOP primary voters. Though the Super Bowl favorite Carolina Panthers are based in North Carolina, the team has a strong fan base in the Palmetto State.

Comscore data provided by Ms. Davidsen shows that in the Charleston market, nearly 55,000 likely 2016 GOP primary voters will be watching the Super Bowl. In total, around 227,000 people in that market will watch the game.

Those groups spending $20,000 for one spot in the Charleston market during the Super Bowl will spend $0.36 to reach each of those likely GOP primary voters. The Rubio campaign will reach those voters for a lot less -- just $0.14 each -- because candidates are charged the lowest unit rate before primaries and general elections according to Federal Communications Commission rules.

Comscore modeled its likely 2016 GOP primary voters based on historic voting data; those voter segments can include voters in outside states. For instance, some voters in South Carolina TV markets who will watch the Super Bowl reside in North Carolina and Georgia.

Right to Rise, Conservative Solutions and Stand for Truth were charged $40,000 each for the individual 30-second spots they will run during the game on WLTX in Columbia, S.C. Comscore data shows 60,681 likely 2016 Republican primary voters will be watching in that market; that's $0.66 per likely GOP primary voter.

Meanwhile, up north
In an era of political campaigning in which more and more focus lies on targeting slivers of the electorate, the Super Bowl ad buys are unique in that they are intended to be seen during one of the few TV moments that still captures a massive audience.

"So many people watch the Super Bowl live that it may be one of the last remaining moments of media defragmentation in the United States," said Peter Pasi, VP political sales for cross-media ad firm Collective.

Farther north, Conservative Solutions and Right to Rise will run far pricier spots in the Boston market to reach New Hampshire voters during the big game. Those 30-second spots cost $300,000 each. But Comscore data forecasts those ads will be viewed by nearly 354,000 likely Republican primary voters, costing around $0.85 to reach each of them. Had the New England Patriots made the game, those numbers could have been higher.

However, there are many more likely Democratic primary voters in the Boston market, which of course includes people in and around the capital of solidly-blue Massachusetts -- 730,682 by Comscore's count.

Mr. Pasi suggested that meeting the high expectations of viewers accustomed to seeing especially innovative and expertly-produced ads could be a challenge for political advertisers. "The production values and writing must be exemplary and truly stand out from the crowd of ads run the other 51 weeks of the year," he said. "How can an ad that deals with the most serious of issues be irreverent or memorable while still pleasing risk-averse campaign managers and convincing audiences to elect the subject of such an ad as leader?"