Throwback Thursday: When Ad Age Found Out Donald Trump Was Afraid of Heights 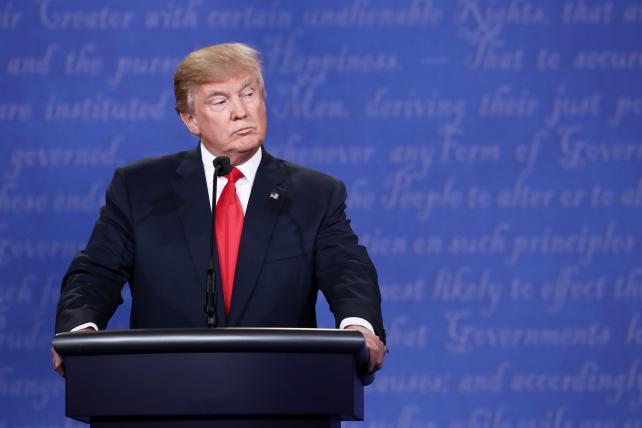 With the third presidential debate over, Donald Trump is about to embark on an entirely new journey -- to rebuild the Trump name following one of the strangest presidential campaigns in U.S. history.

If polling trends prove correct, it seems quite likely that Donald Trump will wake up Nov. 9 and need to figure out a new act. Even if he manages to win the election, the Trump brand name will need a reboot just as much as Miss Piggy needed to reclaim hers.

But Mr. Trump has done it before, if not on this scale. In August 2003, as NBC was getting ready to begin the first season of "The Apprentice," Advertising Age ran a profile of him called "Human Logo: Reconstructing the Trump Brand." (Richard Linnett, the Ad Age reporter on the profile, this week wrote a Business Insider column on his experience meeting Mr. Trump, which reminded us that we had this story in our archives.) The profile opens with Mr. Trump literally on a precipice, standing on the open high floor of the Trump Park Avenue construction site, looking over the edge and admitting to vertigo. He was trying to restart various Trump businesses after some punishing years of bankruptcies and selling off airlines and yachts.

Then-NBC executives Jeff Zucker and Bob Wright had high hopes for "The Apprentice," which they were positioning as a "smart, upscale show." Media buyers were cautious, citing Mr. Trump's huge ego as both a draw and a liability. Millward Brown research found he appealed mainly to young, aspirational men, but was off-putting to older females.

The final paragraph, however, definitely will remind us all of recent revelations in this unprecedented election:

The success of "The Apprentice," ultimately, will depend on Mr. Trump's performance and the public's appetite for voyeuristic reality programming, a taste the "people's billionaire" apparently shares with them. On a recent walking tour of the set of "The Apprentice," The Donald and Donald Jr. were shown where video cameras will hang in the suites. "So we catch all the action," said the show's production designer. Finally, they are led into a honeycomb of steel. "What's this?" asked The Donald. "These are the showers," the designer answered. "Oh, will they have cameras in here too?" he asked, arching an eyebrow.