Why True Challenger Brands Don't Make It to the White House

The word "brand" is cropping up more and more inside political campaign headquarters as the pols work to introduce sophisticated marketing techniques into the electoral process. That makes a lot of sense, because brand has determined the outcome of every presidential election since George Washington won in a landslide.

The fact is every candidate is a brand with its own positive and negative characteristics. And the type of brand he or she is , almost without fail, will determine that person's chances of becoming president.

While you could fill rows of shelves with books on branding, presidential branding is actually pretty straightforward. There are only two kinds of brands in the world: leader brands and challenger brands. Mercedes-Benz is an example of a leader brand; it defines the rules of the game, sets the standards and represents a low-risk choice for the consumer. BMW, even though it sells as many cars as Mercedes, is a challenger brand. It redefines the rules to suit itself; it challenges authority and appeals to the individual. BMW relishes the role of underdog.

Either leader brands or challenger brands can make excellent legislators, but when it comes to executive positions like mayor, governor or president, only a leader brand will do. Why? Voters want their executives to exhibit the classic political leader brand traits: someone who can be relied on in a crisis, someone who commands respect and someone who, well, leads.

George Washington? You don't get any more leader brand than that . Ronald Reagan? Leader brand. Barack Obama? Even though his message seemed to challenge the status quo, he presented himself as a leader -- almost above and apart from the competition he was facing -- and a brand people would want to follow.

On the other hand, John McCain is a classic challenger brand. Sworn enemy of the status quo, aggressively individualistic and a little unpredictable. The exact type of person the founding fathers wanted to include in the legislative debate. These qualities make John McCain a legendary senator. They also make him practically unelectable as president.

Among the wide range of Republican hopefuls who have been in, out or are being begged to run for president in 2012, we have a vast collection of leadership brands: Romney, Pawlenty, Daniels, Barbour, Huckabee, Christie and, yes, even Donald Trump. Gingrich, Bachmann, Cain and Palin? They're challenger brands, which means they're probably in for an uphill battle.

Which begs the question: Can a challenger brand reinvent itself as a leader brand? You could make the argument that President Obama went from challenger to leader as he morphed from freshman senator to presidential candidate. Certainly John McCain recognized his branding problem and tried to make the switch by introducing the very leader-like "Country First" theme. Unfortunately, he proved he was a dyed-in-the-wool challenger brand by choosing an unconventional running mate.

There are two fundamental problems with trying to drastically change your political brand. For one, there just isn't time. Most political campaigns have a life of 18 months or less and have to go through the entire marketing cycle from basic awareness to preference to action. Even with hundreds of millions to spend, you barely have enough time to communicate a brand, let alone try to change it.

Second, it smacks of being inauthentic. A candidate's brand is defined by that person's life experiences, how he was raised, how he feels. You don't take a poll and then choose a personality. In politics, your brand chooses you.

Coming this primary season, we should see a colossal battle of the brands fought by some of the best practitioners in the political world. Without question we will see the most expensive presidential primaries and general election we have ever seen. The only question is , who comes out on top? I guarantee the winner will be a leader. 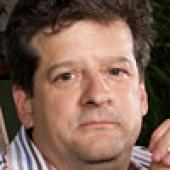 Vinny Minchillo
View all articles by this author