A New Ability to Exercise Fast-Twitch Muscles in Response to the News Cycle
READ THIS NEXT
Who won the debate, plus Fox News vs. CNN vs. MSNBC on YouTube and Facebook: Datacenter Weekly 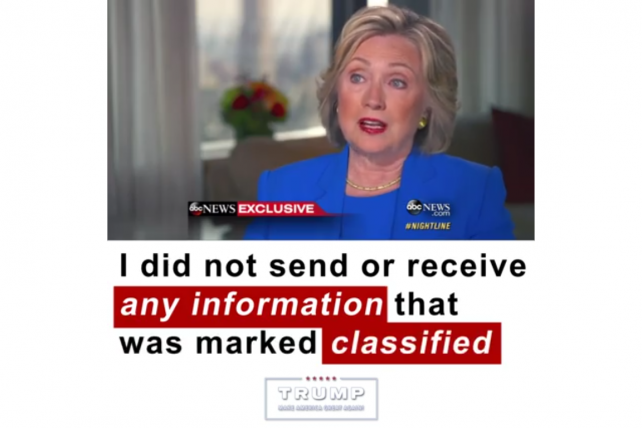 The Donald J. Trump for President campaign is showing new discipline and an ability to exercise fast-twitch muscles in response to the news cycle -- a development that should have Hillary Clinton seriously worried.

Following a period of operatic instability in the Trump camp, including the ouster of campaign manager Corey Lewandowski, it was anyone's guess if the organization behind the presumptive Republican presidential nominee could effectively capitalize on Tuesday's damning assessment by FBI Director James B. Comey of Hillary Clinton's handling of email while serving as secretary of state. The New York Times' Patrick Healy, for instance, speculated that "Mr. Trump could very well bungle the political gift he has just been given." In a post headlined "F.B.I.'s Critique of Hillary Clinton Is a Ready-Made Attack Ad," Healy wrote,

Hillary Clinton may not be indicted on criminal charges over her handling of classified email, but the F.B.I. director, James B. Comey, all but indicted her judgment and competence on Tuesday -- two vital pillars of her presidential candidacy -- and in the kind of terms that would be politically devastating in a normal election year.

Likewise, Larry O'Connor, an editor-at-large for conservative blog Hot Air, wondered aloud on Twitter if the Trump campaign had what it took to leverage Comey's words:

It turns out that the Trump camp was working on a, yes, ready-made attack ad, which was posted around 5 p.m. ET on Tuesday on Trump's official Facebook page. It simply juxtaposes James Comey's take on Hillary's email handling with Hillary's own self-defense, taken from an ABC News "Nightline" interview.

Donald Trump himself is, of course, notorious for exercising his own personal fast-twitch muscles -- particularly on Twitter, where he's prone to angry attacks and schoolyard-style name-calling. And, indeed, his brief note introducing his campaign's new ad does have the usual Trumpian staccato delivery and outrage ("The rigged system may have helped Hillary Clinton escape criminal charges, but the FBI Director did indict her today for her incredible lack of judgment and honesty. Watch her LIE over and over again. Unbelievable! ‪#‎CrookedHillary‬ ‪#‎RiggedSystem‬").

But the ad itself is remarkably restrained -- which makes the effect of its message all the more brutal.