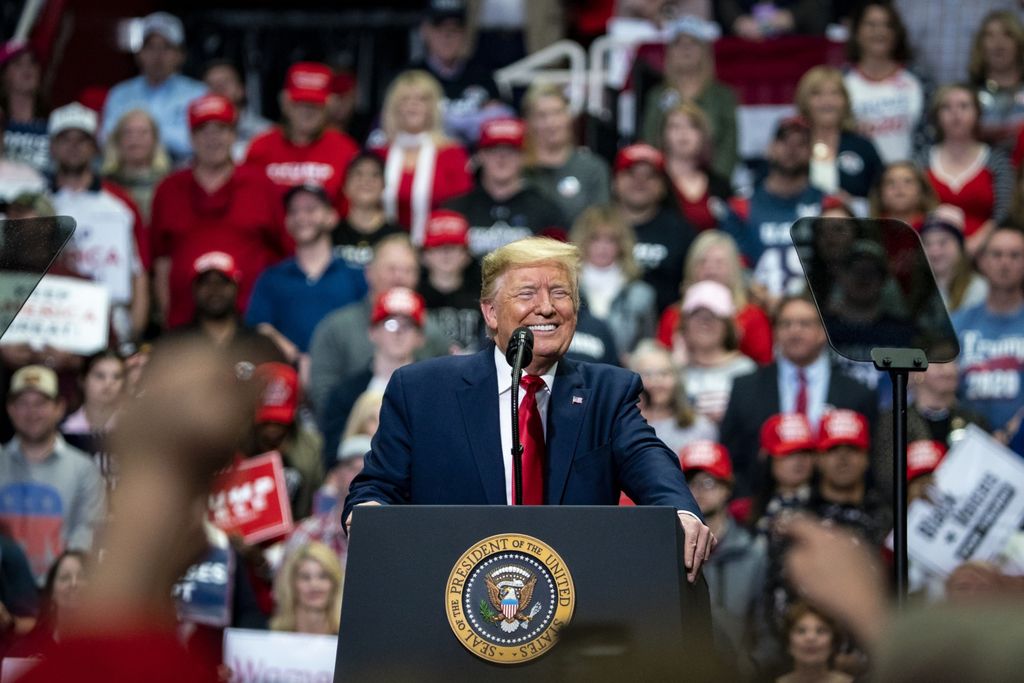 President Donald Trump at a rally in Charlotte, North Carolina, on March 2.

President Donald Trump plans to resume campaign rallies this month, reviving the raucous events at a time when he is lagging Democrat Joe Biden in the polls.

Trump’s campaign is looking to restart his signature events in June, campaign officials say. The campaign hasn’t determined where the first rally since the country locked down over the coronavirus will be held, said the officials, who asked not to be named discussing internal deliberations.

“Americans are ready to get back to action and so is President Trump. The Great American Comeback is real and the rallies will be tremendous,” Brad Parscale, Trump’s campaign manager said in a statement. “You’ll again see the kind of crowds and enthusiasm that Sleepy Joe Biden can only dream of.”

Biden’s campaign has begun to resume campaign events, but he limits the number of people in a room to practice social distancing and wears a mask outside his house.

The decision to resume rallies, the lifeblood of Trump’s 2016 campaign, comes as he endures widespread criticism for his handling of the coronavirus and the protests over police brutality last week. Polls show Trump slumping in head-to-head polls with Biden.

Trump had been under scrutiny for his response to the coronavirus pandemic that’s killed more than 110,000 Americans and put the economy in recession, eviscerating what he hoped would be the centerpiece of his re-election campaign.

The president’s rallies are attended by thousands of cheering supporters. It gives the president a platform to reach voters and also has been a treasure trove of voter data.