No Brexit-Like Surprise Victory Is Ahead for Trump, Says Pundit Who Got Brexit Right | Ad Age
Skip to main content

No Brexit-Like Surprise Victory Is Ahead for Trump, Says Pundit Who Got Brexit Right

Donald Trump and some of his supporters have pointed to the U.K.'s surprising-to-most vote to leave the European Union as a sign that the Republican nominee could pull off his own Brexit-like upset win in the presidential election.

Now a U.K. adman who forecast the British vote to leave the European Union with uncanny accuracy has examined Donald Trump's race for Brexit potential and has no doubts about the result: A landslide victory. For Hillary Clinton. 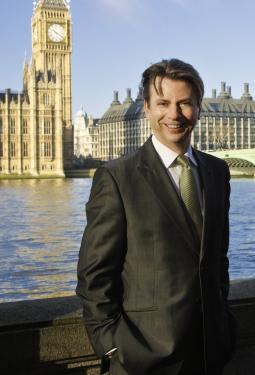 Michael Moszynski, partner and CEO of U.K. ad agency London Advertising as well as a pro-Brexit advocate, publicly forecast that the "Leave" side would win with 52% of the vote. At the time, then-Prime Minister David Cameron was predicting that the "Remain" side was ahead by about 10%. The result: 51.9% voted to leave Europe.

Mr. Moszynski, who said he was dubbed "Mystic Mos" for that and other successful predictions despite not having "reams of data," says he concluded from talking to people that pollsters were overestimating how many "Remain" votes would ultimately materialize from undecided respondents, and that many "shy voters" outside the big cities were quietly unenthusiastic about staying in Europe.

In the privacy of the U.S. voting booth, however, "shy" Republicans and Bernie Sanders supporters will find Mr. Trump too appalling to vote for no matter how much they they might dislike Ms. Clinton, Mr. Moszynski predicted. "I think Trump won't get anything above 40%," he said. "Hillary will have a 10 or 20% lead."

Mr. Moszynski said Trump's refusal during the final debate to commit to accepting the election results "will further alienate swing voters," leaving him with a core vote insufficient "to overturn 'mainstream America' who would be embarrassed to have him as the nation's commander-in-chief."

As traditional Republicans and women are further alienated by Mr. Trump, they might give Democrats not only the presidency but majorities in both houses of Congress, Mr. Moszynski said in an email. "Perhaps Trump's legacy will be to actually provide a functioning government that will make America great again!"

So much for the Brexit factor.