Plus: Roomba vacuums up TV ad inventory
READ THIS NEXT
Watch The Lincoln Project’s data-driven viral video, plus a young poet’s instant fame by the numbers: Datacenter Weekly 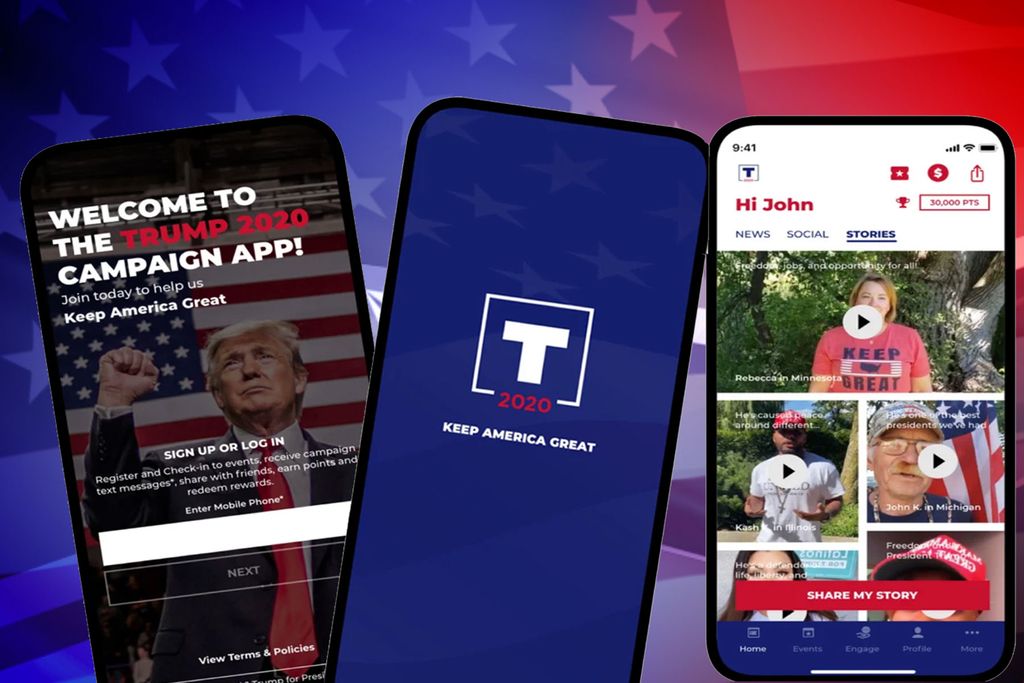 The Associated Press is out with a deep dive into the app-based data strategy of the Trump campaign—and what that strategy now means for the lame-duck president. In “Financially troubled startup helped power Trump campaign,” the AP’s Garance Burke focuses on Phunware, an Austin-based company that “recently agreed to pay Uber $4.5 million as part of a settlement over claims of fraudulent advertising.”

The Trump app built by Phunware, as the AP notes, has been pushing out election-related disinformation in the wake of President-elect Joe Biden’s win, and has solicited donations to Trump’s Election Defense Fund.

The Trump app was designed to be a voracious data collector. As the AP’s Burke writes, it ...

... allowed staff to monitor the movements of his millions of supporters, and offered intimate access to their social networks. While the campaign may be winding down, the data strategy is very much alive, and the digital details the app collected can be put to multiple other uses—to fundraise for the president’s future political ventures, stoke Trump’s base, or even build an audience for a new media empire. The app lets Trump’s team communicate directly with the 2.8 million people who downloaded it—more than any other app in a U.S. presidential campaign—and if they gave permission, with their entire contact list as well.

Chances are, your car has been taking notes (er, collecting data) on how you drive—and now General Motors plans to leverage that information for a new product. The automaker will soon (early 2021) start offering car insurance under its OnStar brand, and it plans to adjust its rates based on the driving data customers share, as The Wall Street Journal’s Mike Colias reports:

Customers who sign up agree to have their driving habits tracked, and those who obey the speed limit, avoid sudden stops and practice other good-driving behavior will be rewarded with cheaper rates, GM said. ... As more new cars are sold with built-in internet connections, car companies are branching into services that aim to capitalize on the growing reams of data generated by a vehicle’s onboard computers and sensors.

Instagram is giving users new control over personalized ads that use third-party data. As Ad Age’s Mike Juang reports, the company is ...

... rolling out a new control that lets users opt out of personalized ads from its advertising partners—and could force marketers to change their approach to the platform. The settings, called ‘Data from Partners,’ will prompt users to choose whether the Facebook-owned social media platform can use data from partners to serve up more targeted ads.

We recently kicked off a regular look at marketers that have been betting big on TV. The subject of today’s close-up, with TV ad spend shared exclusively with Datacenter Weekly by iSpot.tv, is iRobot, the maker of the robot vacuum Roomba. To wit:

• iRobot lately has been gearing up for the holiday season, following a relative dearth of TV advertising through much of the year. From Oct. 30 through Nov. 12, iRobot racked up nearly 1.7 billion TV ad impressions.

• That’s good enough to make iRobot a top-30 TV advertiser (by impressions) over that timeframe.

• Among the Roomba ads iRobot has put into heavy rotation on TV: “Unlock a Cleaning Experience Designed Around You.”

Separately, iSpot tells Datacenter Weekly that this commercial from Facebook, plugging its Voting Information Center, racked up 2 billion TV ad impressions leading up to Election Day—the most of any get-out-the-vote effort by any marketer.

You’re going to want to get your hands on “Marketing in the time of COVID-19,” Ad Age’s new (free) white paper offering a deep data dive into what’s happened to marketers, media and brands during the coronavirus pandemic. Ad Age Datacenter produced the report based on data and analysis from Kantar. Get facts and stats on how the pandemic has affected ad spending, social media, consumer behavior, sports marketing, retailing and advertising creative. Download it here.

• “Starting next year, Chrome extensions will show what data they collect from users,” per ZDNet.