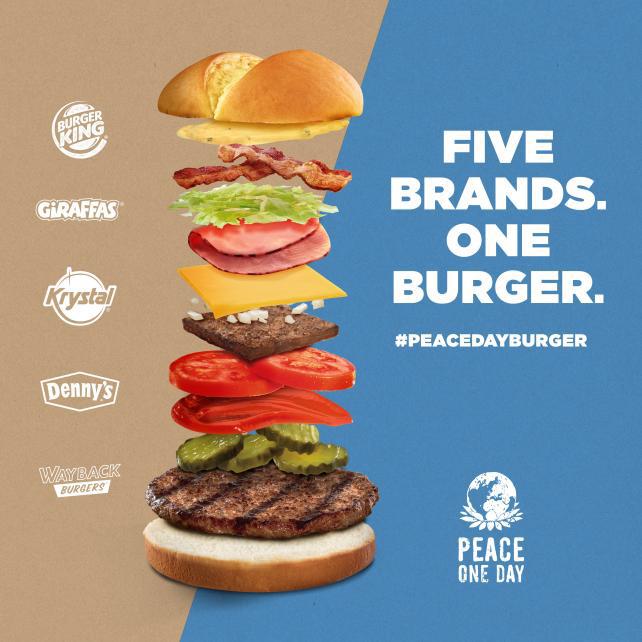 The Cannes Lions International Festival of Creativity on Thursday named Burger King as the Creative Marketer of the Year for 2017.

Cannes Lions cited the home of the Whopper for "embracing and encouraging creativity" across its brand communications and for "inspiring global marketing" of its products.

Burger King uses a wide variety of campaigns to promote itself around the world. Recent efforts include the King Senior Meal for a senior citizen and a companion in Brazil, from agency David, and the much more risqué Valentine's Day meal, from Leo Burnett Israel, which came with adult toys.

Burger King got plenty of attention in 2015 when it proposed creating a Peace Day McWhopper sandwich with McDonald's. After McDonald's rejected the idea, other smaller brands came on board.

In the United States, Burger King is curently promoting its updated crispy chicken sandwich by referring to people who hated the old version of the product.

"Creativity is a critical factor when it comes to helping us stand out from the pack and punch higher than our weight," Burger King Chief Marketing Officer Axel Schwan said in a statement.

Burger King has won 76 awards at the Cannes Lions, starting with a Silver Lion in 1969 and including two Grands Prix last year for the "McWhopper" campaign, in Print & Publishing and Media. It won a Grand Prix in 2007 in the Titanium category, which is meant to honor "game-changers."

Burger King works with a variety of agencies around the world, including AKQA, Buzzman, Cheil Worldwide, Code and Theory and David. Buzzman, which has worked with the chain in France, was also just named to handle work on the chain's upcoming expansion into Belgium.

"Burger King is a brand that's built a reputation for marketing campaigns that are bold, courageous and innovative, constantly challenging the limits of creative excellence," Philip Thomas, CEO of Ascential Events, said in a statement. "Burger King believes that being a brand with purpose can achieve long-term advantages and deliver strong business results. That's why the company is making such an impact."

Burger King is owned by Restaurant Brands International Inc., which also owns the Tim Hortons chain and is in the process of buying Popeyes Louisiana Kitchen Inc.

Samsung was the most recent Cannes Lions Creative Marketer of the Year.