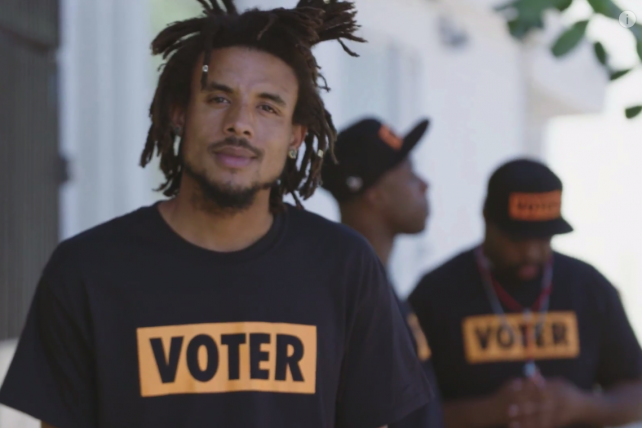 The top prize for Promo & Activation at the Cannes Lions International Festival of Creativity went to 180 L.A.'s "Boost Your Voice" voting campaign for Boost Mobile.

WHAT IT IS: The campaign, which also won Campaign of the Year and Best Experiential at Ad Age's Creativity Awards this spring, aimed to help minority communities have their voices heard during the presidential race by offering up the mobile provider's retail locations as polling places on Election Day. The idea came from a 2014 report from the Brennan Center for Justice that found minority communities suffered a lack of voting resources and locations during elections, leading to longer wait times and, inevitably, huge obstacles when it came to casting their ballots.

WHY IT WON: The piece was selected as the winner because "it's not only about promoting a store; it's about promoting human values and promoting that you can change your future if you decide to vote," said Jury President Stéphane Xiberras, president and chief creative officer of BETC.

OTHER NOTABLE NEWS: During the press conference, one of the jury members, Emma Perkins, executive creative director at MullenLowe Open U.K., said she was at SXSW in 2016 when former President Barack Obama spoke to the creative community and asked them to think about using creativity to make voting easier for everyone in America. "It was powerful for the president to be briefing our community," she said, adding that the Boost campaign tapped into Obama's wishes.

WHAT ELSE DID WELL: While McCann's Fearless Girl didn't win the Grand Prix in this category (it won Gold), Xiberras said it was "absolutely" in consideration for the top prize. "It's an amazing piece of work," he said. However, he said the jury could see the promo part, "but it's difficult to define the activation because if you consider having a selfie with Fearless Girl as an activation... I'm not sure that's right."