This year Saatchi took a refreshing turn in its introduction to the 19th Annual New Directors Showcase at Cannes, bringing up and coming director Marc Price on stage to recount his experiences as a newbie who pulled off a near miracle. Price was the talent behind Colin, the zombie movie that generated heaps of buzz earlier this year on the same Croisette backdrop at the Cannes International Film Festival, given its reported budget was just $70?a figure that Price revealed was actually $70 more than the real amount he had to make the full-length feature.

Price's appearance marks a new direction for the event, which traditionally has been known for its big production openers featuring the likes of artist-acrobats Fuerza Bruta, or former showcasers-turned A-listers David LaChapelle or Tarsem. Nevertheless, Saatchi couldn't resist the urge to perform a small stunt? a mini mob of zombies stormed on stage to tear into Saatchi CD/Global Culture Richard Myers, who introduced the show. 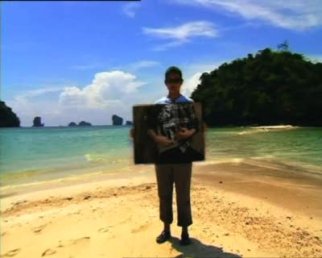 Work from Megaforce
As for the other new directors, the 23-strong lineup demonstrated an eclectic mix of techniques and talent?live action, animation, mixed media, tilt shift photography and even laser scanning. The showcase itself featured more videos than MTV, with clips making up the majority of this year's collection. Among those were another walking dead performance from director Eran Creevy, who delivered an expertly choreographed trailer trash zombie line dancing extravaganza for SonnyJ's "Handsfree"; an odd tale of a fish out of water, a pregnant woman and a mysterious giant bubble in Poni Hoax's "Antibodies" by Wanda's Danakil and a unique tilt shift take on Sydney from Keith Loutit for the Megan Washington tune "Clementine." Not surpisingly, the show featured the much celebrated Radiohead "House of Cards" clip by Zoo Films director James Frost, which was created without cameras using two different laser scanning systems.

Other videos included a crowd favorite from French quartet Megaforce, which which starts out looking like a typical lo-fi Youtube dance clip but introduces some dazzling effects trickery; Nick Hooker's surreal black and white clip for Grace Jones' "Corporate Cannibal," in which the singer/model's face and figure morph into bizarre, alienesque forms; Ben Steiger Levines' video for Beast's "Mr. Hurricane," starring a dancing and shape shifting swarm of bees; and $100 budget promo for Mac and Bird and Bees created entirely on a laptop desktop by former Saatchi and BBDO, N.Y. agency producer Dennis Liu. 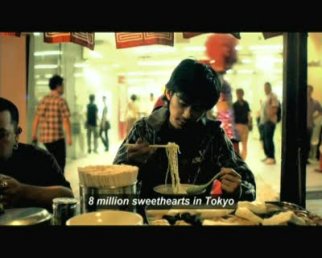 Work from Kosai Sekine
Live action was just a small percentage of the mix and included a hilarious, frenetic branded short for adidas from Japanese director Kosai Sekine about a relationship break-up messenger?a change of pace from the director's artfully restrained film Right Place, featured in our 2005 NoSpot showcase. Duo Roman Kaelin and Florian Wittmann conducted a balletic performance between skateboarder and ant in a hilarious short, while Knucklehead's Siri Brumford delivered a compelling promo for Channel4 that puts viewers in the shoes of director Stanley Kubrick, on the set of The Shining with a brilliant tracked shot.

Animation abounded on this year's screen, with a heavy serving of stop motion like director Aaron Duffy's Special Guest crochet animation starring a yarn guy apparently in love with his own rainbow hair, Antonio Balseiro's running post-its for Nike, Corin Hardy's cigarette box pyros in Prodigy's "Warrior Dance" video and the Nathan Brothers/Oren Lavie's video for Lavie's "Her Morning Elegance," in which a mattress becomes the backdrop for a woman's elegant somnambulatory journey. On a more craftsy tip, Partizan's Laurie Thinot brought screenprinting sensibility to info graphics for Autokratz's "Stay the Same" while Blacklist's Dvein generated some eerily realistic organic forms in show titles for OFFF.

Notably, the show introduced an online component this year in the form of a dedicated Youtube channel where viewers will eventually be able to watch all the films from the showcase's 19 years, as well as vote on their favorite piece from the 2009 show?the winner of which will be announced on June 30. The channel will also provide an outlet for people to send in their recommendations for directors for next year's event.

"I think the creation of this channel feeds very strongly to the raison d'etre of the showcase in the first place, which was to identify and expose talented new directors to the industry," says Myers. "The possibility of the industry, agencies and production companie to track down new talent we've found is now going to be a year-long process, and not simply the one moment in Cannes."

View all the films here.

Eran Creevy, Sleeper USA and Between the Eyes