The Grand Prix for film at this year's Cannes Lions International Advertising Festival was awarded to a classic TV commercial for Old Spice, "The Man Your Man Could Smell Like" by Wieden & Kennedy, Portland, over two contenders from the areas of branded entertainment and online film. Wieden's Portland office took home three Grand Prix trophies this week at the advertising festival, the other two for Nike in the cyber and integrated contests. 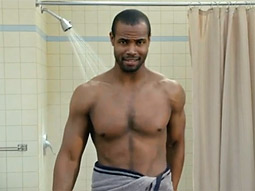 WHAT IS IT? In the humorous spot, a good-looking man demonstrates to women how much better their lives could be with a man who switches to Old Spice from a "lady-scented body wash." Old Spice also won a Silver campaign Lion for two other spots, "Kiss" and "Different Scents for Different Gents."

WHY IT WON: "It took an old, sleepy brand and woke it up, and overnight wove its way into popular culture," said jury President Mark Tutssel, global chief creative officer of Leo Burnett Worldwide. He noted that the commercial showed "the power of creativity to ignite a sleeping giant."

CONTROVERSY OR CLEAR WINNER? It was classic film against new media, and classic film won. But branded content and the internet came close. Tutssel said about Gatorade's "Replay" from TBWA Chiat Day, Los Angeles, that "You got hooked on the story, and in terms of the way they did it, it's pushing the industry forward. It united people around an idea, and the brand is set at the heart of the story. It opens our industry to new ways of connecting with people."

The other Grand Prix contender was the online film "The Man Who Walked Around the World" for Diageo's Johnnie Walker by BBH, London. "It was a brilliant, 6-minute, one-take Johnnie Walker film narrated brilliantly by Robert Carlyle," Tutssel said. "You hang on every word. It's a story that tells the history of the brand."

Tutssel said all three Grand Prix contenders had something in common: It's the year of men. Old Spice was all about how men smelled, the Johnnie Walker internet film was about a man who traveled the globe on foot, and Gatorade's "Replay" pitted two football teams against each other.

WHO ELSE DID WELL: The U.S. won 6 of the 14 Gold Lions, including a Gold for Conill, Saatchi & Saatchi's U.S. Hispanic agency for "Crying," a spot promoting Argentina's New Cinema Film Festival in the U.S.

WHAT THEY DIDN'T LIKE: Tutssel indicated that there weren't many good mobile entries, even though mobile is already the primary screen in some markets, and is growing rapidly everywhere. Several judges were critical of the quality of their own countries' film advertising, with judges from both Brazil and Spain saying their countries should do better.

LOOKING TO NEXT YEAR: Although Gatorade's "Replay" narrowly missed the film Grand Prix, after picking up the top prize in both the PR and Promo contests, Tutssel heralded "Replay's" branded content format. "'Replay' is the way of the future," he said.