Nest, the smart thermostat developed by iPod designer Tony Fadell, is working on a smoke detector, reports Jessica Lessin. The detector won't obviously be your average, run-of-the-mill product, but might include features like a subscription monitoring service that could send you alerts if smoke was detected. It might even communicate with the Nest thermostat, and could include motion and sound sensors. 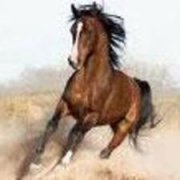 @Horse_ebooks is Real, The Internet is Officially Boring

This week, news broke that @Horse_ebooks, a Twitter account that seemed like a spambot that occasionally threw out, seemingly unwittingly, words of wisdom, was actually a Buzzfeed employee that was doing the whole thing as a piece of performance art to shill a reality game, called Bear Stearns Bravo. The Daily Dot has an interesting take on the unveil, saying that it is most certainly a letdown, and is a bad move on the artist's part, who will never see the kind of love @Horse_ebooks generated transferring over to his new game.

A new ad partnership between Twitter and the National Football League will see the social network carrying clips of instant-replay footage. The partnership is part of "Amplify," Twitter's service that will help broadcasters and advertisers make the most out of users that browse Twitter while they are watching television. Tweets will coordinate with what NFL viewers are seeing on TV.

Justin Timberlake and Jimmy Fallon, two men that personify the word "bromance" have released a hilarious new PSA in the hopes that it'll finally make you realize how #stupid you sound when you use hashtags. The pound sign, which started off just being something you occasionally used on Twitter, can now be found everywhere, including, in some cases, regular conversation.

In just a few weeks, Ad Age is kicking off a series of events this fall with Ad Age's Digital Conference in San Francisco on October 15th. It's the third year AdAge is bringing Digital to the West Coast, and the lineup this year includes Visa CMO Kevin Burke, Twitter's Kevin Weill and more.

Everyone, from the media to brands, might have moved on, but Second Life, the 3D virtual world that popularized the concept of the "avatar," has seen stable user numbers in the last decade, and the game still has plenty of fans. But who are those people? The Verge talks to a number of devoted Second Lifers, and tries to figure out why they are able to exist in two realities when others might find the very idea of living in a game completely bizarre.

Turn Left onto the Runway

Apple Maps, we thought you had improved. But apparently we were wrong. In what might result as another great addition to "The Amazing iOS6 Maps" an Alaskan airport had to close an aircraft access route because motorists were driving along the taxiway and across one of its runways, because Apple's app told them to.

Is Your iPhone Making You Car Sick?

According to a bunch of people, it is. The new iOS 7's parallax scrolling and overly animated features, which zoom all over the place every time you try to open or close an app, or use the new multitasking functions, are apparently giving people vertigo, forcing them to take the day off or call in sick. Apple just can't catch a break, it seems.