When John Hancock was a Yankee Doodle Dandy 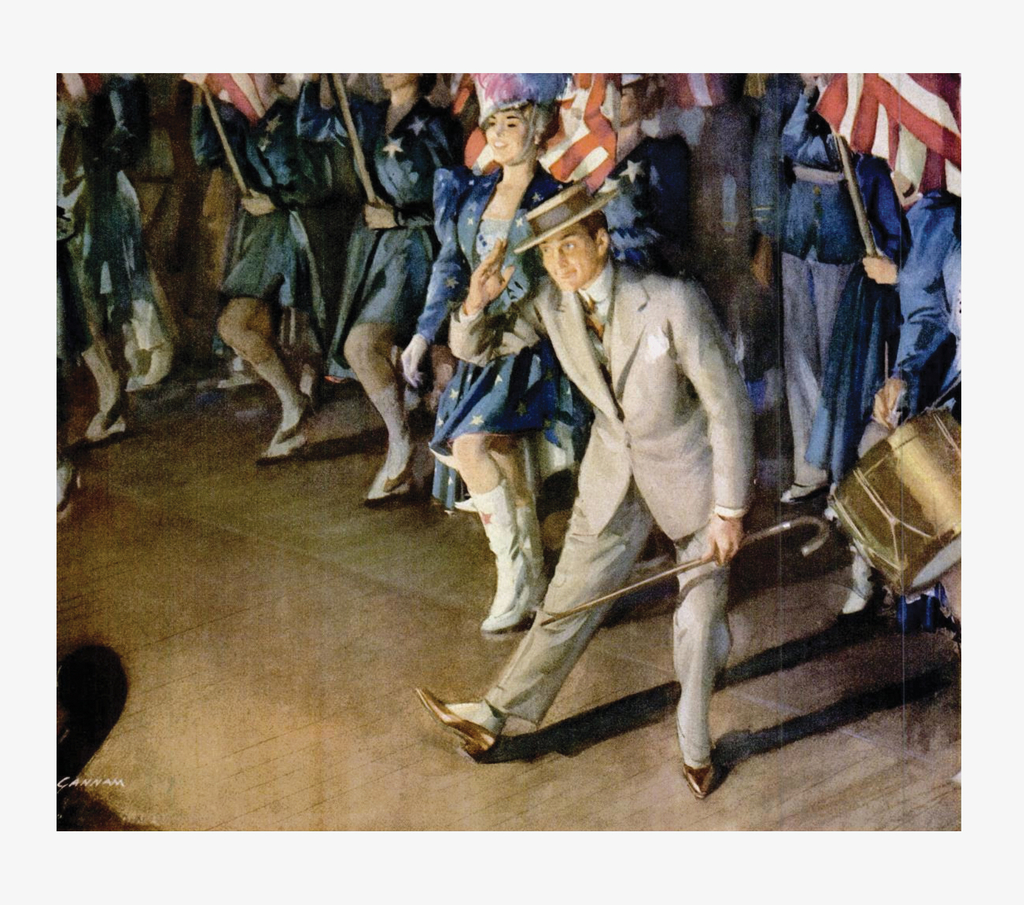 In a moment when we’re obsessed with influencers, nostalgia and leaning into purpose, this 1954 ad for John Hancock reminds us that everything new is old again. Or something.

Here we have a company that started the industrial life insurance complex glomming on to the likeness and legacy of George M. Cohan, the man who created the modern incarnation of the Broadway musical and who died in 1942—a dozen years before this print ad ran. Talk about influence!

The ad makes no mention of John Hancock—aside from the signature at bottom—or what it does or how it’s affiliated with Cohan. For his part, Cohan was born on July 3, though always claimed Independence Day as his birthday. His list of credits is staggering, by the standards of any era. He wrote the World War I anthem “Over There,” “You’re a Grand Old Flag,” “Give My Regards to Broadway” and, as the ad reminds us, “The Yankee Doodle Boy.”

It’s no wonder why John Hancock would want to be associated with a clean-cut, all-American entertainer, “born on the Fourth of July,” who appealed to everyone.

“He knew Americans. The secret of his success was us,” the ad copy reads, hinting at some kind of brand purpose through osmosis. “The critics said he waved the flag. But we thought it was ‘a grand old flag’ too …” We get it, you smoke Cohan.

Such red-white-and-blue-blooded wistfulness for doughboys and straw hats must have played well in 1954. But today it feels odd. Imagine an ad today running a likeness of Merv Griffin or, uh, Anna Nicole Smith, who both died in 2007, to make hay of their legacies to sell insurance or Pepsi or … Actually, maybe it’s not all that strange after all. Maybe it’s just a timeless Yankee Doodle tradition.