Nokia CMO Tuula Rytilä Explains What's Behind Expanded Relationship with WPP-owned Agency JWT
READ THIS NEXT
How Verint juggled a spinoff and rebranding amid the pandemic
The Nokia 920 mobile phone
Credit:

Nokia was once a top player in its category, but after years of watching its sales and market share slip, the mobile phone giant is finding itself in a new role: the underdog.

The company says its committed to embracing that position with a new global brand strategy, bolder creative and an expanded relationship with its creative agency, JWT, according to Nokia CMO Tuula Rytilä.

"For years we were the leader in our industry," she said. "When a leader is [at the top] for a long time, naturally they have more to lose and become more defensive. Now we actually get to act like a challenger. It's quite natural, and we're having a lot of fun with it. We want to be more bold in our approach, and [we want] a global brand as well."

The overarching goal is "to reignite the Nokia brand, bringing meaning, relevancy and emotion to the brand," she added. "Whatever messages we create need to resonate in the U.S., Europe, and emerging markets like China and India."

The company has worked with WPP's JWT for creative work since 2007, but as part of its new strategy, Nokia expanded the shop's scope of work to include a global brand component, according to Ms. Rytilä. The agency also will assume the new title of lead creative agency.

The new lead agency role signals a reversal of Nokia's decision to do away with its "agency of record" model -- a decision that came under former marketing chief Jerri Devard as the company parted ways with its creative AOR Wieden & Kennedy in 2011. Since Wieden has been out of the picture, the company has been working with JWT and a number of small agencies on a project basis. 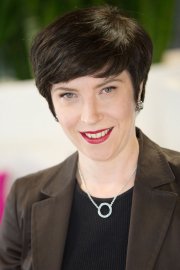 "This is a new marketing strategy. For some time we haven't had a lead creative agency," said Ms. Rytilä. "It's very important for us to be globally relevant."

Ms. Rytilä -- who was formerly senior VP of portfolio and business management for Nokia -- definitely shaking things up since assuming the role of CMO last summer. Her appointment coincided with the company announcing a number of leadership changes. At the time, Nokia also announced the departure of Ms. DeVard; Mary McDowell, executive VP of Mobile Phones; and Niklas Savander, executive VP of Markets.

Regarding the actual creative objectives, she said, "We want to [elicit] more emotion and be more daring. We're hoping that with JWT we'll actually drive more disruption."

The company will continue to work with WPP's Wunderman, its lead digital agency, as well as Dentsu's Carat, its media agency.

On the product front, Ms. Rytilä said that her team will focus less on building awareness -- awareness was a main objective driving the marketing campaign for its new Lumia phone in late 2011 -- and more on demonstrating the capabilities of its products in the retail environment.

When asked if the company plans on boosting its marketing budget in the near future, she said, "We're working closely with Mircrosoft and our customers to make sure we have bigger budgets available. We want to invest what it takes to win. There's a lot of noise in the marketplace and we need to make sure our message gets across."

Advertising and promotional expenses of $1.27 billion worldwide in 2012 also represented 25% decrease compared to spending in 2011, according to Nokia's SEC filings.

Nokia's market share isn't in a much better place as competition heats up in the category with Apple and Samsung gaining ground. While Nokia is still a top player among the brands, in the first quarter of 2013 its market share dropped five percentage points, according to a Reuters report citing Gartners data.

How Verint juggled a spinoff and rebranding amid the pandemic

How Bynder rode outbound sales out of startup phase