What to Do When Branding Becomes a Dirty Word 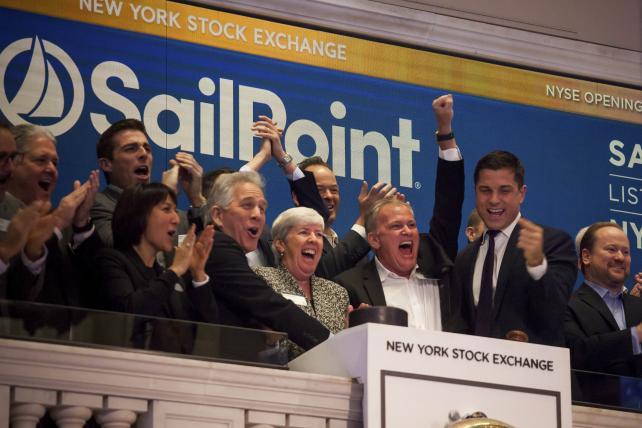 Her marching orders, like those of just about any new b-to-b CMO especially those with tech-oriented products, were to drive demand. "Just fill the pipeline, keep sales happy and you'll do fine," advised her peers. Yet for Juliette Rizkallah, recalling her first few days at SailPoint back in March of 2015, this tactical approach felt insufficient. Her past experience pointed her to the critical need for both brand building and demand generation if she and her organization were truly going to cut through.

30 months later, Rizkallah is delighted to report that this dual approach was hugely successful, helping to differentiate SailPoint and nearly double sales to over $100 million. Ironically, as you will see in the highlights of our extensive interview, one of her secrets was to not use the word "branding" at all when discussing her plan internally— especially in the board room. Evidently the word "messaging" clears the "not fluffy marketing speak" hurdle, a phraseological sleight of hand that may just become de rigueur in 2018.

Why was branding such an important consideration for you at SailPoint?

I was born and raised in France, and I grew up with my mom taking me to Chanel and Louis Vuitton stores and seeing the power of her brand. And when I later went on to study in Japan, I could see the power of that brand because my friends and family in Japan—the only thing they wanted to buy was Chanel and Louis Vuitton. And somehow this stuck with me so when I approach the branding of the company I work with, what I want to do is I want them to be the leader of their category. I want them to be the Louis Vuitton that is coveted by every single I.T. pro in the security space. And I think that having that as a principle has guided me to develop branding programs for SailPoint and other companies.

So should we look for a Chanel-like video from SailPoint?

I don't think it's just a nice video like Chanel because we're in a different category. But I think with those videos that you see for Chanel, and the thing that we've been trying to do with SailPoint's branding is to go back to the core of the company. Understand why their founders formed it at the beginning. What was their mission, purpose and culture? When we started our branding initiative we spent a lot of time just discussing those things and trying to capture the essence of what SailPoint was. Then the challenge was to find an emotional connection, to capture the emotions and put them in a format that resonates.

A lot of people think about branding as starting with a logo change – where did your start?

The idea was to start bringing "identity management" to the level of pretty much every single professional business user including IT and the C-Suite so they could all understand the value. That's why our branding exercise didn't really start with, "I want to change the logo." I couldn't care less what the logo looked like, honestly.

So how did this translate into your brand message?

I wanted to move away from heavy technical messaging and open it up to multiple audiences making sure that everybody understands what "identity management" means. Sometimes we just have to do things that need to be done to be successful, but it was, in our industry, something that had not been done. And as the leader in that category, we took the lead. We started with a transition tagline, which was, "Identity is Everything." That was from a quick brainstorm with our PR agency at the time to start standing out and this resonated in our industry very well. I got e-mails from competitors; competitors picked it up for themselves, which was another surprising thing out of this. That's probably what the most interesting thing was that suddenly people were looking at identity as something that was coming off of the shelf.

I'm wondering if there was a lot of pressure on you from Sales to deliver leads while you're doing all this brand planning?

So a few things were happening. I just had started with SailPoint, and within two months I played with the notion of sharing the ideas with the executive committee. We needed new branding, but I didn't go with the word branding, I used the word messaging. So that is something that very quickly everybody rallied on. But as you said there's always pressure, and I knew I wanted to do this right. It was going to take a long time, which is why we launched the "Identity is Everything" campaign as a transition campaign. This was not the true branding exercise, but that helped us having the campaign going and did a few tactical things that helped us tremendously with all the MQLs [marketing-qualified leads] and so forth. At the same time one thing you may not know was that we were building our demand generation team and our demand generation program. So before having the branding in place we started seeing an uptick of MQLs in a very significant way, so that relieved the pressure. The sales team and execs were really happy to see the results of marketing and that gave us the time to develop the branding at its own pace.

Are there any lessons learned that you could share with fellow marketers?

I see marketing as being very balanced between brand building and demand generation. If you look at our industry, you will see a lot of focus on demand generation and less on branding. This is because of all the pressures that you mentioned before but also because I think the CMOs come from that world versus the corporate marketing world or the advertising world. Everybody as a CMO comes with their specific set of skills that they rely on. But for me as a CMO, I need to understand my strong skill set and complement my team's skill set where I may not be strong. Branding is great, but if you don't have a great demand generation program that can leverage that branding, in the end, your branding results won't show. Demand generation is great, but you can power boost it with strong branding. If you develop those and you understand the steps that you need to take to do that, I think it can be an interesting program.