Online offshoots of brick-and-mortar retailers are beating the ecommerce behemoth Amazon surprisingly and handily in vitamins, according to a study released today by Tabs Analytics. Ecommerce sales of nutritional supplements surged 20% in the past year to $2.4 billion, with multi-channel players, particularly Walmart, leading the way, according to Tabs. Collectively, multi-channel players doubled their online market share in vitamins and supplements over the past year to 40%. "This is really a breakout year for Walmart's sales" of vitamins, Tabs CEO Kurt Jetta said in a statement, noting Walmart's ecommerce sales also surged 63% year-over-year in baby products. Overall, strong online growth drove a healthy 6% increase in vitamin and supplement sales overall to $13.5 billion.

Salt-N-Pepa's Here -- For Crystal Pepsi
PepsiCo is bringing Crystal Pepsi back. For one last time. They swear. The 1990s-era clear soda briefly returned to store shelves last summer, then came back again for the holidays when it was only available via a digital sweepstakes. Now the brand is coming back for what Pepsi says is "one last limited time" in stores beginning in August. It will be promoted with a throwback music tour featuring three free shows outside of pro baseball stadiums starring people only Gen Xers might remember as big draws: Busta Rhymes kicks things off with a show outside Yankee Stadium on Aug. 1, followed by a performance by Sugar Ray's Mark McGrath in Phoenix and Salt-N-Pepa in Miami. Millennials might recall the group from this 2014 Geico ad:

Vamos a la escuela
In an effort to woo Hispanic shoppers, Target is rolling out a Spanish-language TV spot this back-to-school season to supplement its three English-speaking commercials. The color-coordinated campaign, created with Deutsch, follows previous marketing geared to Hispanics, like the Minneapolis brand's holiday effort last year. And it could be a smart strategy -- 72% of Hispanic millennial women think commercials should be directed specifically to Hispanic audiences, according to a recent study analyzing the group's shopping behavior from Viant, a tech company owned by Time Inc.

And the English one:

McCormick heads to Europe to add some spice to its lineup
Maryland-based McCormick & Co. plans to buy Reckitt Benckiser's food business, led by French's mustard and Frank's RedHot Sauce, for $4.2 billion. The price tag was a bit higher than the $3 billion or so that analysts anticipated the business would sell for, suggesting there was quite an appetite for Reckitt's food assets. French's mustard and Frank's are market leaders in the U.S. and Canada. In recent years, French's has faced a little competition from ketchup king Heinz's push to sell more yellow mustard, while Frank's RedHot has been promoting itself with Ethel, the grandmotherly woman who puts that "bleep" on everything. The deal allows RB to focus on its household and personal products, plus the Mead Johnson formula business it recently acquired. Publications including the Financial Times reported that Unilever and Hormel were each close to making offers for RB's food line and then decided not to. Bernstein analyst Andrew Wood said he would have been "quite disappointed" if Unilever scooped up Reckitt's food business instead, adding "we would still remain somewhat perturbed if reports that Unilever made a bid are correct."

Number You Need to Know
$3 billion-$5 billion: The forecasted value of the U.S. meal kit market by 2022, according to IRI. The sector, which includes subscription services like Blue Apron, is worth about $1 billion today. (For perspective, only about 5% of U.S. customers have tried a meal kit subscription service, says IRI.) 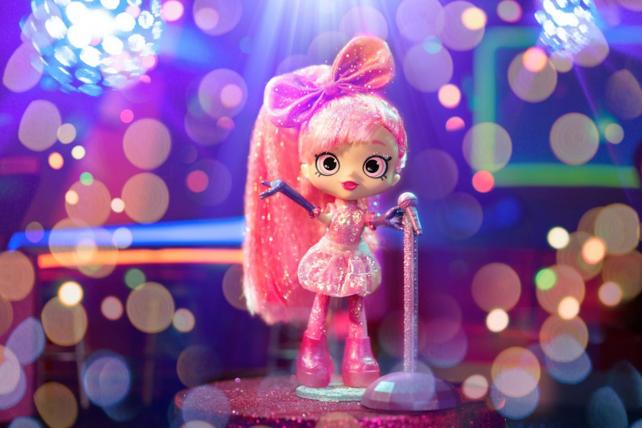 A Shoppie Doll available at the San Diego Comic-Con.

Our #transparency recommendations are a year old today! Let's revisit how to protect your ad dollars: https://t.co/EbqIw3jRfr pic.twitter.com/DtjAmGOQvs

Moves
The Center for Science in the Public Interest -- a consistent critic of big food and beverage marketers -- has a new leader. Peter Lurie, formerly associate commissioner for public health strategy and analysis at the Food and Drug Administration, is succeeding Michael Jacobson, who co-founded CSPI in 1971. Colorado-based craft brewer New Belgium named Steve Fechheimer as its new CEO. He comes from Beam Suntory, where he was chief strategy officer.