Zima could be coming back zoon. MillerCoors is poised to reintroduce the 1990s-era clear malt beverage that was once advertised as "zomething different." 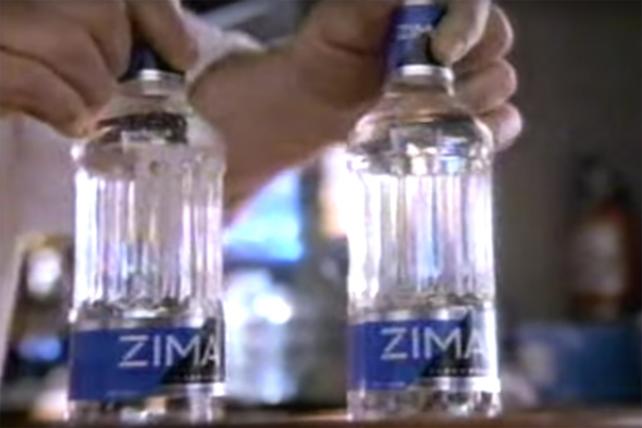 Beer Business Daily on Thursday reported that the brand is already in distributor warehouses and will "allegedly be offered for a limited time only." A MillerCoors spokesman told Ad Age that "more news [is] coming soon" and that "if you're one of the zillion fans who have missed Zima, the answer should be clear."

Originally owned by Coors, the malt beverage surged out of the gate in the early 1990s, before falling on hard times. It was eventually discontinued in the U.S. several years ago, but is still sold in Japan.

In a 2012 interview with Ad Age , Pete Coors -- now the vice chairman of the board of directors for MillerCoors owner Molson Coors -- explained why Zima hit the skids after a successful debut.

"We decided to do Zima Gold, which was a huge disaster," Mr. Coors said. "And then we decided to take the nice fluted bottle and make it into a generic bottle. We killed the brand, frankly." He added: "We got too clever by half [with] marketing." Of course, the "marketing guys will tell you that it was somebody else's fault," he said with a laugh.

One of Zima's early ads (below) showed two guys ordering it in a bar -- and not quite figuring out what it is.