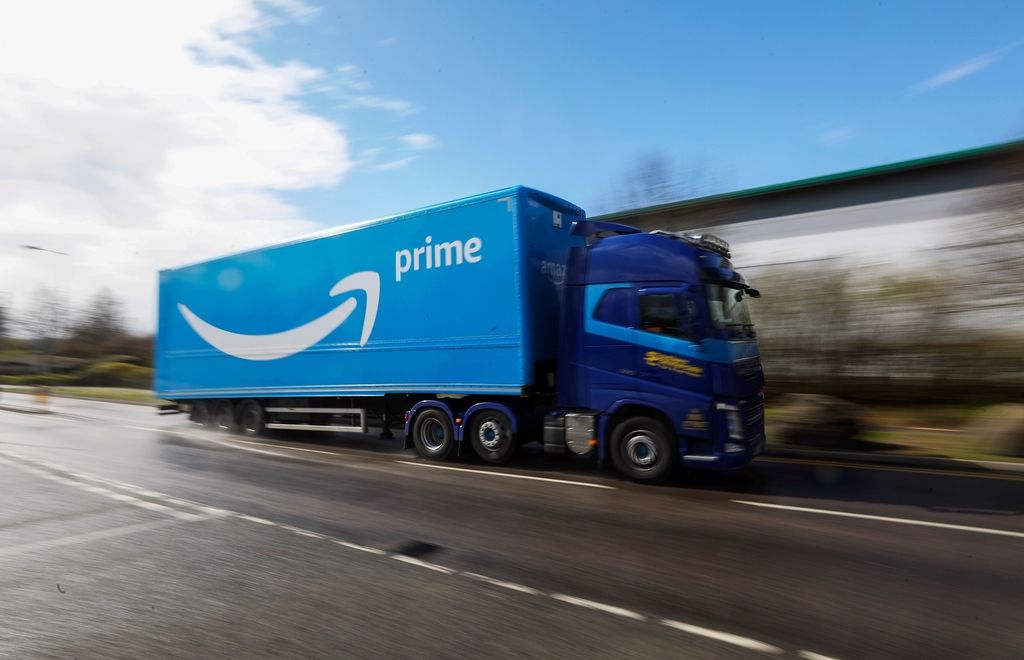 Amazon said yesterday that its annual Prime Day shopping event will take place over the two-day period of Oct. 13 and 14—three months later than in previous years. That's mere weeks ahead of Black Friday, the typical start to a holiday shopping season that is expected to begin even earlier this year. Though most stores have reopened their brick-and-mortar locations after pandemic-related closures, many big brands have said they will be closed on Thanksgiving. Crowd-averse customers, already used to doing more shopping online, are likely planning to take advantage of Prime Day discounts for their holiday gifting.

When Prime Day took place in the summer, some very organized consumers may have bought for the holidays, but most people likely spent on Prime Day for deals and did most of their holiday gifting around Thanksgiving-timed promotions, experts say. But now, Prime Day might steal some sales from Black Friday as consumers are already in a holiday state-of-mind.

“It really pushes a consumer’s budget close together,” says Brian Harding, VP of advertising at Buy Box Experts, a consultancy for branding strategy on Amazon. “A consumer might be like, ‘Do I make purchases on Prime Day or on Black Friday?’ while traditionally, purchases would be made on both.”

In addition, with the election looming, experts expect more consumers to do their holiday shopping sooner rather than later when the mood might still be positive for both sides of voters.

“This is as optimistic as we’re going to get—the next couple weeks,” says William Tjernlund, chief marketing officer at Goat Consulting, which offers business services and consulting for brands selling on Amazon. “Who knows what people will be feeling after, so [there’s a sense of] ‘Get your shopping out of the way now.’”

Below are some tips for brands hoping to make the most out consumer spending on Prime Day this year.

Early on in the pandemic, Amazon saw an influx in shopping as panicking consumers stocked up on essentials and did the bulk of their buying online. Stretched to capacity, Amazon delayed supplier shipments of non-essentials in March as it tried to manage skyrocketing demand. While Amazon has streamlined its order fulfillment since then, experts caution that the e-commerce giant will be stretched thin again on Prime Day, and that there may be delays for consumers who are buying Prime items through Amazon warehouses.

“We know a lot of the brick-and-mortar sales that [consumers] would have had will now be going through Amazon, so the thought process is that Amazon is fairly swamped already,” says Tjernlund.

Brands selling on the Amazon platform should consider a mix of fulfillment options that include distributing their own goods directly to customers. Granted, such products won’t be tagged as Prime-eligible items, but consumers would still notice they are in stock and potentially make the purchase if delivery is promised to be fast.

“Merchants or brands selling on Amazon who have a diverse fulfillment structure between their own fulfillment and Amazon fulfillment will be the most successful,” says Tjernlund.

Be ready with inventory

Of course brands have long been preparing for the holidays by ramping up their inventory of key items. However, experts say they need to be ready with merchandise directly following Prime Day. Amazon uses an algorithm to calculate how much inventory brands are allowed to send based on their recent run rate data, says Fahim Naim, founder and chief executive of eShopportunity, an e-commerce consulting firm. When that algorithm is recalculated following Prime Day, those brands that had success during the shopping event will see their inventory limits rise. They should be ready.

“For many of our brands, it’s be ready to go with inventory, make sure you have it and that you’ve allocated for it,” says Naim. “Hopefully, the week or two after your inventory limits should go up dramatically and that should give you a better position to manage the holiday rush.”

Use all of Amazon’s ad offerings

Amazon typically offers special messaging around Prime Day that brands can pay to utilize. Last year, for example, Prime exclusive deals had blue badges. The platform also has special Prime-related storefronts for brands. Naim says the brands that utilized such advertising enhancements last year performed more favorably with consumers than those that did not. He says brands should research the best strategy for using Amazon’s ads and their own “legacy” ads that aren’t timing-specific.

“Anything you can do as a brand to get traditional messaging that indicates it’s a deal that’s running during that time period tends to be worth it,” he says, noting that brands should also start their advertising early. “If Amazon is making rollouts and feature enhancements to feature Prime Day opportunities, it’s absolutely worth taking advantage of it.”

Maintain some promotions through Black Friday

Now that Prime Day is so close to Black Friday, there is a lot of uncertainty from brands on what to expect in terms of sales and traffic. Experts say that brands that may be thinking of pulling back on promotions or advertising after Prime Day should reconsider.

“[Brands can] increase advertising during that time period knowing that if a lot of [other] brands are pulling back your ads will get cheaper,” says Naim, noting that brands that can afford to could run some discounts during the lull as well to attract consumers shopping for early Black Friday deals. “From a brand’s perspective, even if there’s a lull between Prime Day and Black Friday week, I would be prepared to try to invest where possible to try to capture that customer.”

Buy Box Experts’ Harding agrees. He advises that brands plan their advertising around a 14- day “lead-in” period ahead of Prime Day with advertising as well as a 14-day “lead-out” period following the event which will take brands to Black Friday.

“You can blow all of your budget too early and then you don’t have enough to capture your lead-out,” he says, noting that post Prime Day, consumers will still be in “that buying mode and deals can still be offered.”

Spread out your offerings

As in previous years, Amazon isn’t the only retailer trying to lure in shoppers with great deals on Prime Day. Target said yesterday that it, too, will have deals on Oct. 13 and 14; called “Target Deal Days." The two-day event will have digital deals on hundreds of thousands of items—twice as many as last year, according to a spokesman. Experts say that brands should make sure they are taking advantage of all retailer platforms during the shopping frenzy.

“We never tell our brands to put all their eggs in one basket but to understand what each marketplace offers and how to maximize that value,” says Harding. “Brands should maximize their sales philosophy across the e-commerce space.”