We know what you're thinking after reading the headline -- Pepsi and Kendall Jenner.

And you're right. That might have been the biggest campaign flub in the past few years. But rummage through your memory a bit more and you'll recall a bunch of other disasters in 2017 we'd rather forget but probably won't.

Here's a pro-tip: Don't co-opt Black Lives Matter to sell soft drinks. Pepsi's commercial, from its Content Creators League, showed Kendall Jenner magically settling a standoff between protesters and police by offering an officer a Pepsi. It was exorciated on social media, parodied on "Saturday Night Live" and promptly pulled. Agencies used the backlash to their advantage, claiming it would not have happened had a shop been involved. Six months later, PepsiCo Global Beverage Group President Brad Jakeman left to form a consultancy; in November he told Ad Age the spot was "the most gut-wrenching experience of my career." 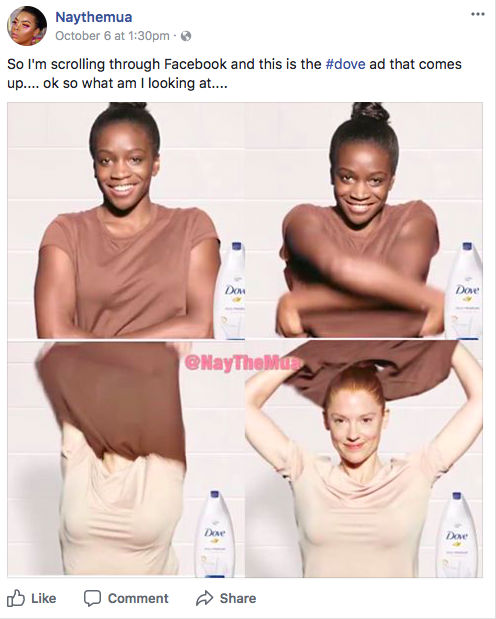 Doubtless Unilever didn't intend for its commercial to turn up in Google search results as "Dove racist ad," but a spot showing a black woman removing her shirt and turning into a white woman did just that. The ad -- which no agency has 'fessed up to -- was intended to show "the diversity of real beauty," but instead got ugly as social commentators weighed in. Dove apologized and Brad Jakeman (see above) at an Ad Age panel cited the Dove ad as an example of inappropriate piling on.

It may seem hard to offend with a Filet O' Fish ad, but McDonald's U.K. did just that with a commercial from Leo Burnett showing a young boy wistfully asking his mom about his dead father. Turns out one of the things they shared was a fondness for Filet O' Fish, putting the fast-feeder on the hook for haters who said it was exploiting bereavement to sell sandwiches.

This campaign is an intentional fail. As a consequence of the cigarette industry's master settlement agreement, Big Tobacco agreed to run anti-smoking ads on TV for the first time since 1971. The commercials, which began in November, are about the least convincing you will ever see -- plain black type on a white background with mandated warnings.

Every fragrance ad ever run

OK, not every single one, but Chanel and Christian Dior seemed to be huffing too much perfume. For its Gabrielle fragrance, Chanel showed Kristen Stewart unraveling herself from a cocoon of gauze and punching a diamond-like substance against the soundtrack of The Naughty Boy song "Runnin' (Lose It All)." Miss Dior tried to outdo it on the ridiculous scale with an ad featuring Natalie Portman jumping off piers, recklessly driving on beaches, riding a bus and doing a lot of other nonsense while thrusting pink roses furiously at the camera all in the name of love. Aren't they paying them enough in Hollywood these days? 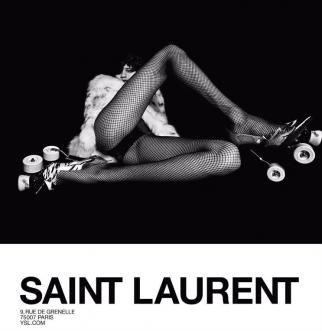 A mother-in-law kicks the tires…on her son's bride in a commercia for Audi in China from Ogilvy & Mather, Beijing. She actually grabs the bride's nose and ears, pinches her lower lip and looks at her teeth and tongue before giving her approval in a spot intended for resale Audis carrying the tagline, "An important decision must be made carefully." Unlike this ad, which was apparently made without any considered thought at all.